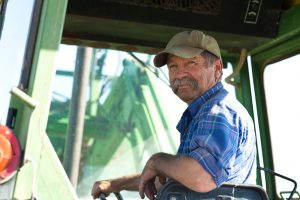 President Trump’s trade war is backfiring in more ways than one.

As The Washington Post reports, the president’s newly imposed tariffs are hurting one of his key voter demographics: farmers.

On Tuesday, July 24, the Trump administration announced that it would be awarding up to $12 billion in emergency relief funds to farmers that are being negatively affected by the trade war. The aid is designed to provide financial assistance to farmers that are facing retaliation tariffs from China, Mexico, and other countries. And some of the nation’s leading Republicans are not happy about it. 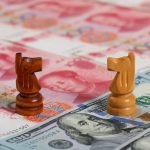 A tariff is a tax on imported goods.

According to a poll conducted by Reuters, nearly 80 percent of 60 economists surveyed said that new tariffs would do more harm than good. The rest said it would either make no difference or very little. None of the respondents said it would benefit the U.S.

“If tariffs punish farmers, the answer is not welfare for farmers. The answer is remove the tariffs,” Sen. Rand Paul (R-KY) tweeted shortly after the announcement.

“The trade war is cutting the legs out from under farmers and White House’s ‘plan’ is to spend $12 billion on gold crutches. America’s farmers don’t want to be paid to lose—they want to win by feeding the world,” said Sasse.

But despite backlash from fellow GOP members, the president continued to defend his aggressive trade policy. On Wednesday, July 25, the president tweeted:

“Every time I see a weak politician asking to stop Trade talks or the use of Tariffs to counter unfair Tariffs, I wonder, what can they be thinking? Are we just going to continue and let our farmers and country get ripped off? Lost $817 Billion on Trade last year. No weakness!”