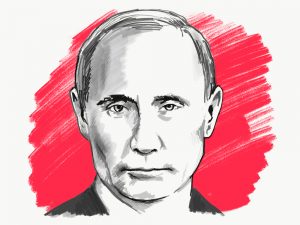 Vladimir Putin has said he wanted Trump to win the 2016 election. So why is President Trump now claiming the Russians want the Democrats to win in the midterm elections? Illustration by Mike Trukhachev / Shutterstock.com

To some, it’s been obvious for years that Vladimir Putin wanted Donald Trump to be president of the United States. Putin and his henchmen aired pro-Trump propaganda on Russian state TV, helped leak the emails of Hillary Clinton and other prominent Democrats and unleashed armies of Twitter trolls to influence Americans’ opinions in 2016. The Russian interference has never been subtle; it’s always been sitting right there in plain sight.

And yet, President Trump continues to deny the explicit and the obvious, instead throwing a wild claim into the mix: Despite a complete lack of evidence, the president tweeted this week that Putin and the Russians will be working with the Democrats to win the November midterm elections. And while the president has always had trouble arriving at one consistent position when it comes to the Russians and their election interference, this is an entirely new take, and one that’s truly bizarre.

“I’m very concerned that Russia will be fighting very hard to have an impact on the upcoming Election,” Trump wrote. “Based on the fact that no President has been tougher on Russia than me, they will be pushing very hard for the Democrats. They definitely don’t want Trump!” 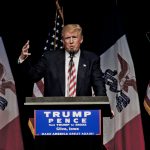 In Robert Mueller’s latest indictment, the special counsel charged Russian hackers with attempting to break into Hillary Clinton’s email accounts on July 27, 2016. That date is important: it’s the exact same day that then-candidate Trump gave a televised campaign speech in which he announced, “Russia, if you’re listening, I hope you’re able to find the 30,000 emails that are missing.” It seems they were listening.

This is simply not true; even Putin says as much. After his recent meeting with Trump in Helsinki, the Russian president admitted, on camera, that he wanted Trump in the White House and that he directed his officials to help him achieve that goal, as noted by the Washington Post.

“Yes, I did,” Putin said. “Yes, I did. Because he talked about bringing the U.S.-Russia relationship back to normal.”

The truth is that the Russians interfered to support then-candidate Trump and the Republicans in the 2016 election, and they plan to continue doing so now. The entire U.S. intelligence community has already concluded that Putin meddled last time around, specifically with the intent to help Trump win. As for 2018, a Microsoft executive warned the Post about a spear-phishing campaign by Russian military intelligence that’s targeting at least three candidates. Nothing has changed; our democracy is still very much under attack.

If you’re waiting for President Trump to actually take real steps to combat foreign interference such as this, we don’t advise holding your breath. He has consistently made unfounded statements, later walking them back, then walking back his walk-backs when it comes to Putin and Russia. By now, even members of the GOP are calling him out for his disloyalty, dishonesty, and general chaos.