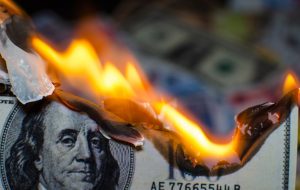 One of President Trump’s supposed major victories in his first year-and-a-half as our Commander in Chief was the passage of his tax plan. The plan doled out about $1.5 trillion in tax cuts and reduced the corporate tax rate to 21 percent (from 35 percent), with Republican leadership promising American workers that the result would be a boost in real wages.

This makes sense—if the government is taking less, then you get to take home more of your hard-earned pay. And indeed, this has been the case: many American workers have seen a smaller portion of their paycheck taken for taxes.

But when we’re looking at wage value, we have to look at inflation to see the full impact. A dollar today is not worth as much as a dollar in 1918 (in fact, one dollar in 1918 was the equivalent of about $16 today). As reported by Vox, data from Payscale shows that when we adjust American wages between Q1 and Q2 of 2018 for inflation (after the tax cuts went into effect), real wages have actually dropped by 1.8 percent. 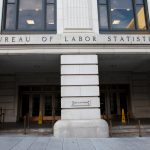 The U.S. Bureau of Labor Statistics (BLS) is a department within the U.S. Department of Labor. BLS is charged with measuring labor market activity, working changes, and price changes in the economy. It collects, processes, analyzes, and disseminates essential statistics to the American public.

The Bureau of Labor was first established in 1884 within the Department of the Interior. Today, the BLS has 2,400 employees and an annual budget of $609 million. It has been led by Deputy and Acting Commissioner William J. Wiatrowski since January 2017.

It is worth noting that the data from PayScale is private, and that that the Bureau of Labor Statistics has not yet released official Q2 wage data. Further, two quarters’ worth of data may be too soon to gauge the full impact of the tax bill—but it’s certainly not a great start. When we look at the past two quarters in comparison to the preceding seven quarters, the drop is severe and sudden. How long do we let things continue on this trajectory before admitting that the tax plan has failed American workers?

Wages were supposed to rise after Trump’s tax cuts. Instead, they’ve fallen https://t.co/LactYzTE7a via @bopinion pic.twitter.com/qUdfYQK1En

While several corporations followed the passage of the tax bill with announcements of one-time bonuses or new investments, the long-term, broad impact has failed to be the massive boon to American workers that was promised. Corporations, millionaires, and investors are getting back billions… but the benefits to the average worker are both temporary and lackluster. Once again, we see that this kind of trickle-down policy is idealistic and unrealistic; businesses are more likely to pocket the tax cuts and improve profitability than they are to pass those benefits straight through to workers.

Many, including the conservative-leaning Tax Foundation, say that the tariffs and resulting trade war enacted by the Trump administration flatlined any positive effects the tax bill might have had on the U.S. labor market—with current tariffs eliminating an estimated 48,000 jobs and reducing real wages by a further 0.04 percent. If more tariffs are enacted (as threatened by President Trump), the Tax Foundation estimates those numbers would rise to 227,000 jobs lost and real wage drops of 0.26 percent.