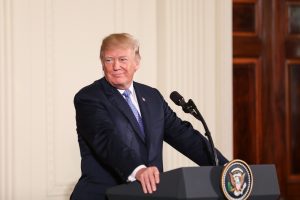 The U.S. and the European Union are working to restore trade relations after President Trump threatened to impose new tariffs.

On Wednesday, July 25, President Trump—together with European Commission President Jean-Claude Juncker—announced that the two sides had reconciled and are now in reach of a solution.

“We’re starting the negotiation right now, but we know very much where it’s going,” Trump said, with Juncker standing at his side.

Civics Lesson: Who Gets Hurt in a Trade War? 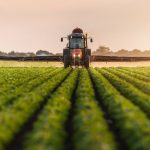 When President Trump imposed steep tariffs on China, Mexico, and other countries, these nations retaliated with their own tariffs. This, in turn, had a negative impact on one of the president’s key voter demographics: farmers. Rather than let his constituents suffer financial harm, the president elected to bail them out by providing them with emergency relief funds. These funds, however, won’t last forever. The president will need to come up with another solution if he’s to satisfy his voters in the long run.

Both sides have agreed to refrain from introducing new tariffs and to work towards nixing the current ones on steel and aluminum. They also attempted to remove tariffs, nontariff obstacles, and subsidies on industrial goods (except for automobiles).

“It was hard to say, given Mr. Trump’s bluster and unpredictable negotiating style, if the agreement was a genuine truce or merely a lull in a conflict that could flare up again,” The New York Times reports. “Twice, Mr. Trump’s aides have negotiated potential deals with China, only to have him reject them and impose further tariffs. Cutting these trade barriers to zero would be an extraordinarily complex political challenge on both sides of the Atlantic.”

By all accounts, it appears as if President Trump is backing down on his hyper-aggressive trade policies. As the Times points out, he walked back his punitive tariff threats in exchange for some relatively small European concessions. Examples include the purchase of soybeans to offset a massive boycott by China, and an agreement to buy liquefied natural gas once the U.S. builds more export terminals (which is still a ways into the future).