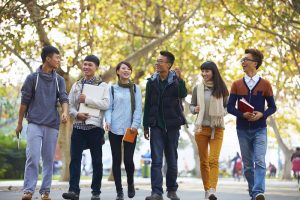 In addition to a trade war with China, it seems the Trump administration is also getting into an “education war.”

Recent crackdowns on visas for certain Chinese citizens has caused the academic and research community to start feeling the burn of the administration’s China policies as well. Although those policies are meant to stop intellectual property theft and slow the growth of China’s technology sector, they are having unforeseen consequences as far as higher education and research.

On June 11, the State Department started restricting visas for Chinese graduate students studying in what the administration deems to be sensitive research fields to one year. Students need to apply each year to have their visas renewed. This measure puts a stop to an Obama-era policy that allowed Chinese citizens to get five-year “F-1” student visas. 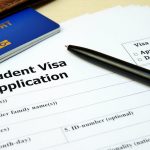 There are two categories of student visas: “F” visas are for students who want to enter the U.S. to attend high school, a private elementary school, university or college, seminary, conservatory, or other academic institutions including language training programs. “M” visas are for students who want to attend vocational or other recognized non-academic institution, other than a language training program. In order to apply for a visa, students must complete an online visa application and upload a photo. Those who are over age 14 must have an interview with their local U.S. consulate or embassy. In that interview, the consular officer may request transcripts, diplomas, degrees, or certificates from schools the student previously attended; see evidence of an applicant’s intent to depart the U.S. after their course of study is complete; and prove that they have the resources to pay all educational, living, and travel costs.

Upon arriving in the U.S. at a port of entry (typically an airport), a visa holder must request permission to enter the U.S., and a Customs and Border Patrol agent, after consulting with the Department of Homeland Security, makes the final decision about whether a student is allowed to enter the country. Background checks are a part of that screening process.

American intelligence officials have determined that academic institutions in the U.S. are vulnerable to espionage, which is a particular risk because those institutions are developing cutting-edge research and technology in a collaborative environment. FBI Director Christopher Wray testified before the Senate in February that China is attempting to undermine national security and the American economy through “the use of nontraditional collectors, especially in the academic setting.”

“One of the things we’re trying to do is view the China threat as not just a whole-of-government threat on their end,” Wray told the senators. “And I think it’s going to take a whole-of-society response by us.”

However, people in the academic sector disagree with the intelligence community’s assessment of the threat of espionage by Chinese students.

Chinese graduate student Le Fang, who is studying computer science at the University of Buffalo, told the New York Times, “I quite understand the security concern of the possible restriction, but most of us never talk about politics and never work with mainland people.”

Democratic representative Judy Chu, a member of the Congressional Asian Pacific American Caucus, said, “I think we should take specific security threats seriously, but each of those threats should be identified by the threat, not by racial groups.”

Just exactly what the visa restrictions will be, including which areas of study would be subject to additional investigation measures, were still unclear as of July 31. However, the Associated Press reported in May that the restrictions would be focused on aviation, high-tech manufacturing, and robotics.

Beyond the confusion the new visa policy is creating, some worry that not only will the visa restrictions hinder academic and research innovation, they could have the effect of alienating talented applicants or increase aggression toward Chinese scientists who are already in the U.S.

For the first time, enrollment for international students declined last fall, which some experts attribute to America’s “uncertain political climate.”

That’s a problem, because American science, technology, math, and engineering programs, particularly at top-tier universities, rely heavily on foreign applicants to bolster their research. Purdue University Robotics Accelerator Director Richard Voyles told the New York Times that it’s very hard to find qualified students to replace the Chinese researchers in his lab. “I have an extremely hard time getting even one American to apply to my lab.”

Chinese postdoctoral student Yangyang Cheng of Cornell University said it’s less likely that researchers will be deterred from attending American universities than it is that they’ll simply return to China after their studies are complete. To put this into perspective, the National Science Foundation reported that between 2005 and 2015, nine out of 10 Chinese students who earned Ph.D.s intended to stay in the U.S., bringing their education and talents to this country in order to bolster our economy and research sector.

While it certainly is possible that some espionage may be happening, it seems like better vetting of individuals applying for academic visas would be a more constructive choice than issuing blanket visa restrictions for people from one nation.