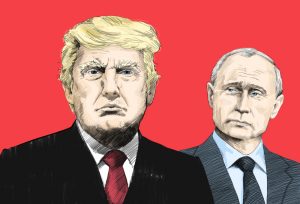 When the president of the United States brazenly meets behind closed doors with the leader of a hostile foreign power, that alone is cause for concern. It’s even more alarming, though, when that president’s administration isn’t willing to be truthful about even the parts that are supposedly public. Such was the case this past month, when the White House appeared to have doctored the video footage of President Trump and Putin’s press conference, omitting a key question about Putin’s political views.<

MSNBC’s Rachel Maddow alleged that a key question from the Putin presser was edited out. Reuters’ Jeff Mason asked Putin whether he wanted Trump to win the 2016 presidential election.

“President Putin, did you want President Trump to win the election and did you direct any of your officials to help him do that?” Mason asked, as shown by MSNBC’s version of the presser. 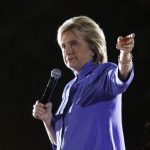 It’s surprising that Vladimir Putin’s preferences regarding the 2016 presidential election are even in question in the first place. The past decade’s history shows us one thing without a doubt: the Russian president sure wasn’t pulling for Hillary Clinton in 2016. Putin’s animosity toward Clinton dates back to December 2011, when he was first elected. Mass anti-Putin protests broke out in Moscow—and Clinton, then the U.S. Secretary of State, issued a sharply worded statement criticizing the election results. In the years since, the two have had a strained relationship, to say the least, with heated verbal sparring becoming a regular occurrence.

But in the official video that the White House released, that little snippet was missing.

This discrepancy went unexplained for days. Eventually, the White House restored the video to its original version, including the question and Putin’s answer about preferring President Trump in the 2016 presidential election. The administration has insisted that the original omission of the Putin question was “by no means malicious,” and that a simple audio glitch was to blame.

A glitch is certainly possible, but many still doubt the claim given the amount of time the White House took to respond and the track record the current administration has for ducking the truth, manipulating the media, and discrediting coverage simply because the president doesn’t like it.