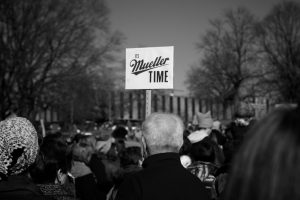 President Trump has always been critical of the Russia investigation, but today he took it to a whole new level by calling for Attorney General Jeff Sessions to terminate it.

“This is a terrible situation and Attorney General Jeff Sessions should stop this Rigged Witch Hunt right now, before it continues to stain our country any further,” the president tweeted. “Bob Mueller is totally conflicted, and his 17 Angry Democrats that are doing his dirty work are a disgrace to USA!”

As CNN reports, it’s true that several members of Mueller’s team have donated to Democrats in the past. However, it’s also worth noting that Mueller is a Republican who was formerly appointed to the role of FBI director by President George W. Bush. On top of that, it was Deputy Attorney General Rod Rosenstein (a registered Republican appointed by President Trump) who designated Mueller to lead the investigation. 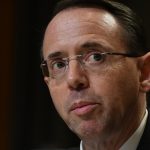 “The President of the United States just called on his Attorney General to put an end to an investigation in which the President, his family and campaign may be implicated,” California Representative Adam Schiff wrote on Twitter. “This is an attempt to obstruct justice hiding in plain sight. America must never accept it.”

But even if Sessions wanted to put a stop to the investigation, it’s highly unlikely that he’ll be able to. Last year, Sessions recused himself from the investigation due to a conflict of interest. According to CNN, the president has repeatedly pressured the attorney general to overturn his recusal.

“Russian Collusion with the Trump Campaign, one of the most successful in history, is a TOTAL HOAX,” the president tweeted, shortly after calling for an end to the investigation. “The Democrats paid for the phony and discredited Dossier which was, along with Comey, McCabe, Strzok and his lover, the lovely Lisa Page, used to begin the Witch Hunt. Disgraceful!”