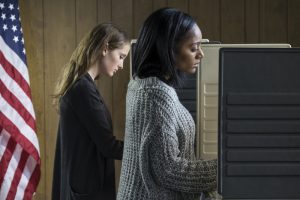 Conservative pundits regularly accuse Democrats of being led by Communists fixated on implementing totalitarian socialism in the U.S. But that’s not what the data shows.

According to the Brookings Institution, a mere 22 percent of progressive candidates have won their primaries so far. With only 19 states left to hold their primaries, leading Democrats are working hard to garner last-minute support.

“I don’t believe there are red states or blue states or purple states,” said Senator Bernie Sanders as he rallied for Democratic congressional candidate Brent Welder. “I believe that any state in this country where working people are struggling is a state that’s ready to vote for justice.”

Civics Lesson: What is a Moderate? 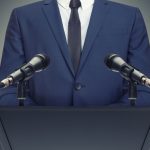 A moderate is someone who holds both conservative and liberal values. They seek a balance between the “radical right” and the “bleeding heart left.” Someone who is a moderate, for example, may favor stricter gun laws as opposed to an outright ban. Another example would be imposing a time limit on abortions versus banning them altogether or allowing them under any circumstances.

But as the Huffington Post reports, even those who are dissatisfied with the Republican regime aren’t swinging left as a result. Instead, they’re backing moderate candidates who promise to shake things up. While some areas are certainly looking for progressivism, the promise of change seems to be the real game changer.

But that still hasn’t deterred impassioned progressives from trying to woo voters. Alexandria Ocasio-Cortez, who unexpectedly won the Democratic primary in New York’s 14th Congressional District, remains optimistic about securing a win in some of the nation’s most challenging regions.

“They say that the movement won’t work in Kansas,” said Ocasio-Cortez. “They say don’t go to Kansas, they won’t accept you there, they won’t share your values there. And we all know that that is not true.”