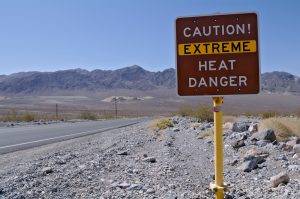 The world is continuing to feel the effects of climate change, and the outcome is not pretty.

According to The Washington Post, several countries are experiencing record-breaking temperatures this summer. In Finland, for example, the city of Sodankyla hit 90 degrees. This is highly unusual, given that Sodankyla is located 59 miles north of the Arctic Circle, in a region known for being cold and temperate.

Other anomalies include a 109-degree reading in Quriyat, Oman. This reading stunned meteorologists because it wasn’t the day’s hottest temperature—it was the lowest. As The Washington Post reports, it was the highest low temperature ever recorded on Earth.

Civics Lesson: What Are Jet Streams? 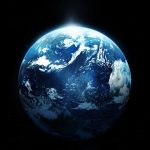 Jet streams are powerful air currents that circulate in the upper atmosphere. These bands of air are normally thousands of miles long and hundreds of miles wide, extending across multiples continents and countries. Typically, jet streams follow a certain pattern. However, their usual flow has been disrupted due to climate change, which is part of what’s causing weather abnormalities across the globe.

“The old records belong to a world that no longer exists,” said Dr. Martin Hoerling, a research meteorologist who specializes in climate dynamics at the National Oceanic and Atmospheric Administration (NOAA).

But it’s not just foreign countries that are suffering the consequences of climate change. The effects are also being felt in the U.S. In Southern California, for example, unprecedented heat waves have resulted in massive wildfires and widespread power outages.

And that’s not even the tip of the melting iceberg. Within the past month alone, 35 U.S. weather stations have set new records for warm overnight temperatures.

Unfortunately, it will likely take a lot more environmental cataclysms before climate change deniers come to their senses. As Katharine Hayhoe, director of the Climate Science Center at Texas Tech University, points out:

“The biggest myth that the largest number of people have bought into is that ‘climate change doesn’t matter to me personally.’”