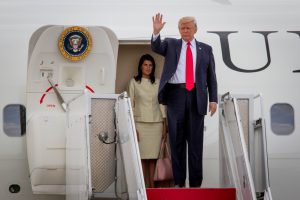 It’s almost “Mueller Time” at the White House, and President Trump is not happy about that.

According to ABC News, Special Counsel Robert Mueller wants to ask the president about an array of topics, including obstruction of justice. When President Trump learned about Mueller’s desire to question him on these subjects—even though the scope of these questions will be limited—he unleashed a tweet storm to express his displeasure.

“This is a terrible situation,” the president tweeted. “And Attorney General Jeff Sessions should stop this Rigged Witch Hunt right now, before it continues to stain our country any further. Bob Mueller is totally conflicted, and his 17 Angry Democrats that are doing his dirty work are a disgrace to the USA!”

Civics Lesson: What Does a Special Counsel Do? 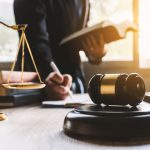 How exactly is Mueller conflicted? Well, according to President Trump, this “nasty and contentious relationship” exists because they argued over dues at one of the president’s golf clubs and because the president “turned him down to head the FBI (one day before appointment as S.C.) & Comey is his close friend.”

Well, that settles it, then: clearly an argument over golf club dues (and maybe not getting a job he probably didn’t want in the first place) is still stinging the special counsel so badly that he couldn’t possibly be neutral in this situation. Or not.

It turns out there haven’t actually been any formal conflict-of-interest claims made by President Trump’s legal team. And after Mueller’s appointment in 2017, the Justice Department had ethics experts review his appointment and “determined that Mr. Mueller’s participation in the matters assigned to him is appropriate.”

FBI Deputy Director Rod Rosenstein reiterated that sentiment in a late-June Congressional hearing about the president’s claims of conflict of interest.

Putting aside all the president’s conflict-of-interest claims, negotiations between the special prosecutor’s office and President Trump’s legal team about a potential presidential interview have gone on for months. In the latest communique between the two offices, Rudy Giuliani, the president’s lead attorney, told ABC News in late July that his team had submitted a response to Mueller’s latest request with a request of their own: to limit the scope of that interview, especially as it relates to obstruction of justice.

Giuliani also said that the bargaining process is still ongoing. “We have a list of questions that are fairly narrowed but we are waiting on the special counsel’s response,” he told ABC last week.

Now, it appears the president’s lawyers have a response from Mueller. “They took about 10 days and yesterday we got a letter back from them,” Giuliani said on August 2. “Now we’re in the process of responding to their proposal.”

How is this all going to end? Right now, it’s still up in the air. Negotiations between President Trump’s legal team and Mueller’s office are ongoing, and neither the special counsel nor the president’s legal team are talking about the latest responses. It does, however, seem inevitable that Mueller will interview President Trump; the only question is when, and how much will he be allowed to ask.