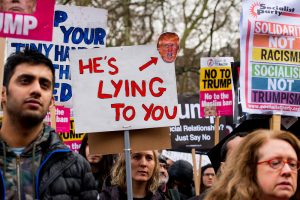 On February 28, 2017, President Trump made the following statement before a joint session of Congress:

“According to data provided by the Department of Justice, the vast majority of individuals convicted of terrorism and terrorism-related offenses since 9/11 came here from outside of our country.”

But as it turns out, both parts of that statement are false. As Benjamin Wittes, editor in chief of Lawfare and a Senior Fellow in Governance Studies at the Brookings Institution, reports:

“I did not believe those words were true when Trump spoke them, for a variety of reasons. For one thing, the Justice Department does not keep data at a systematic level on where criminal defendants were born. For another thing, there are a lot of domestic terrorism cases, and they are generally not committed by people born abroad.”

Civics Lesson: Is Lying to Congress a Crime? 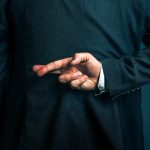 Lying to the federal government is a crime that can be punishable for up to five years in prison. However, as FindLaw reports: “High profile prosecutions for lying to congress, feds, or even for perjury, don’t happen very often.”

In an effort to confirm his suspicions, Wittes filed two Freedom of Information Act (FOIA) requests with the Department of Justice in April 2017. In these requests, Wittes petitioned all records that supported the president’s claim. He also asked for any documents related to the “nationality of country of origin of individuals convicted of terrorism-related offenses”; communications between the Department of Justice and the White House about the data; and any logs related to the preparation for and response to the February 2017 joint address. When the department failed to respond, Wittes filed a lawsuit.

On July 24, 2018, the Justice Department sent a letter to Wittes, in which the institution inadvertently admitted that the president lied to Congress. The letter reads:

What this response shows is that the president not only lied about the data, but also about whether or not the Department of Justice gave him any data at all.