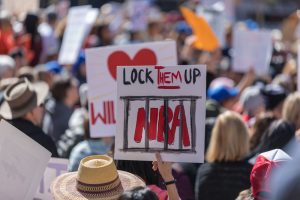 “There is substantial evidence that the NRA funneled millions through a shell corporation to unlawfully coordinate with candidates it was backing,” said Brendan Fischer, director of federal reform at the Campaign Legal Center. “The NRA using inside information about a candidate’s strategy to create ‘independent’ ads supporting him creates an unfair advantage and it violates the law.”

Citing a Politico report published last month, the Campaign Legal Center claims that the GOP consulting firm OnMessage created a shell corporation called Starboard. The alleged purpose of Starboard was to help the NRA sidestep campaign finance laws. If proven to be true, then that would mean that the NRA made millions of illegal in-kind contributions.

Civics Lesson: What is a Super PAC? 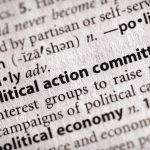 PAC stands for “political action committee.” While PACs have been around since 1944, the term “super PAC” was introduced in 2010 following the U.S. Court of Appeals decision in Speechnow v. FEC. These PACs do not make any direct contributions to candidates or political parties. Instead, they advocate for a particular candidate by spending on money marketing campaigns (most notably ads). While regular PACs are limited in the contributions they can make, super PACs do not have any financial restrictions.

According to the Campaign Legal Center, the recipients of these political contributions include the Thom Tillis Committee, Cotton for Senate, Cory Gardner for Senate, and/or Ron Johnson for Senate Inc. The complaint alleges that these Senate candidates were working directly with OnMessage.

As the Wisconsin Gazette reports, “The NRA essentially is Starboard’s only client, with the exception of a small job for the Republican National Committee. OnMessage repeatedly has taken credit for advertisements the NRA paid Starboard to produce.”