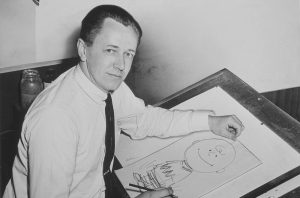 To many, July 31, 1968, was a day pretty much like any other for that era. It was a few months after the assassination of Martin Luther King, Jr., and the country was going through a chaotic time—not just because of King’s assassination and the resulting racial tensions, but because of growing antipathy toward the Vietnam War and the rise of other social justice movements.

What made that day unusual, however, was what people saw when they read that day’s Peanuts comic in the daily paper: it was the day Franklin Armstrong appeared as a new character. Franklin was a black kid, the first ever to be seen in an American comic.

How did this come to be? It was thanks in large part to a Los Angeles schoolteacher by the name of Harriet Glickman. 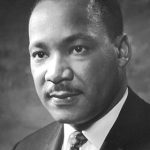 On April 4, 1968, Martin Luther King was shot to death while standing on a balcony at a Memphis, Tennessee, hotel. The shooter, James Earl Ray, had escaped from a Missouri prison almost a year before. He used aliases to register in several motels in Memphis. The FBI soon placed Ray on its Ten Most Wanted Fugitives List. Ray fled to England under a passport with a false name, but eventually he was caught by authorities and returned to the United States. Ray pleaded guilty before his scheduled trial began and was sentenced to 99 years in prison. He died in prison on April 23, 1998.

Glickman, who had been raised from an early age to be socially aware and care about the people around her, responded to King’s assassination by writing letters to various cartoonists suggesting that it would be a great idea to include black children in popular comics such as Peanuts.

“Since the death of Martin Luther King, I’ve been asking myself what I can do to help change those conditions in our society which led to the assassination and which contribute to the vast sea of misunderstanding, fear, hate and violence,” she wrote. “It occurred to me today that the introduction of Negro children into the group of Schulz characters could happen with a minimum of impact. The gentleness of the kids…even Lucy, is a perfect setting.”

To her pleasant surprise, Schulz wrote a thoughtful letter back to her. “I appreciate your suggestion about a introducing a Negro child into the comic strip, but I am faced with the problem that other cartoonists are who wish to comply with your suggestion,” he wrote. “We all would like very much to do this, but each of us is afraid that it would look like we were patronizing our Negro friends. I don’t know what the solution is.”

But Glickman chose not to accept “discomfort with possibly patronizing black people” as a valid reason for not including a black child in Peanuts. Instead, she wrote again and asked Schulz if she could show his letter to some African-American friends who were parents and Peanuts fans.

Glickman talks about her correspondence with Schulz and how she came to care about inclusion of black people in comic strips in this video from the Charles M. Schulz Museum.

The result? Numerous fans wrote to Schulz urging him to create a character that depicted good relations between black and white individuals.

“At this time in history, when Negro youths need a feeling of identity; the inclusion of a Negro character even occasionally in your comics would help these young people to feel it is a natural thing for Caucasian and Negro children to engage in dialogue,” wrote one fan.

And after receiving these letters and considering the issue carefully, Schulz did indeed introduce an African-American child—Franklin Armstrong—into the Peanuts universe. He appeared in the comic for three days in a row. He and Charlie Brown meet on a beach, and they talk about baseball and what their fathers do. Franklin mentions that his father is serving in the Vietnam War—the first major military conflict in which the armed services were fully integrated.

As you can imagine, there was some blowback, particularly from papers in the South that didn’t want to run the strips that included Franklin. “I did get one letter from one southern editor who said something about ‘I don’t mind you having a black character, but please don’t show them in school together.’ Because I had shown Franklin sitting in front of Peppermint Patty,” Schulz told Gary Groth in an interview. “But I didn’t even answer him.” But the response to Franklin was largely positive, and he remained a regular character in Peanuts comic strips.

Charles M. Schulz was the first comic artist to include a black character—the first comic artist who didn’t allow potential pressure from syndicates to stop him from doing what he believed was right. You may not think a syndicated comic could create so much change or force people to face their prejudices, but it’s a good reminder that no matter how small our actions, we too can make a positive difference.