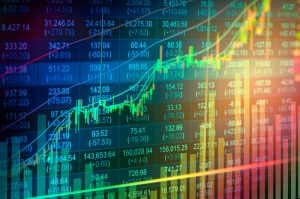 In a joint report by the National Employment Law Project and the Roosevelt Institute in July, economic researchers Rene Tung and Katy Milani examined the latest public industry data (2015 to 2017) to find out how pervasive a tactic called “stock buybacks” is throughout America’s largest industries.

The term “stock buybacks” refers to when public companies use their profits to purchase their own shares on the open market. This creates short-term benefits for CEOs and the company’s stock prices. The tactic was illegal until the Reagan administration, when the Securities and Exchange Commission wrote a rule that gives companies “safe harbor” to repurchase their own stock. 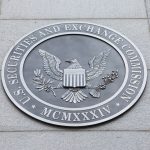 Before 1982, public corporations could face civil or criminal penalties for buying their own stocks. It was seen as market manipulation by the Securities and Exchange Commission (SEC), a federal market regulation agency.

But during the Reagan Administration, SEC head John Shad created an exception called Rule 10-b 18, which deregulated corporate stock purchasing. Proponents of the rule see regulation of the stock market as harmful to the overall economy. Opponents believe this rule is abused by CEOs in conjunction with another 1992 change in tax deductibility, essentially giving CEOs exorbitant pay increases when they engage in stock buybacks.

So how can a company spend more on buybacks than it earns?

“These companies are borrowing or are using other cash reserves to fund buybacks,” Tung and Milani wrote. The restaurant industry alone could have afforded to give workers “25 percent more each year if those corporate funds were spent on wages instead.”

The researchers didn’t yet have access to comprehensive industry data since the Trump administration’s corporate tax cuts went into effect. But it did note that in the first quarter of 2018, S&P 500 companies spent a record-breaking $187.2 billion in stock buybacks.

Critics argue this practice contributes to income inequality and wage stagnation. After Trump’s tax cut, the economy approached full employment. But real wages fell 1.8%, indicating that corporations tend not to invest in employees even in times of economic growth and low taxes.

“The surge in corporate buybacks is driving wealth inequality and wage stagnation in our country by hurting long-term economic growth and shared prosperity for workers,” Sen. Baldwin said in a press release.

Just like with recent corporate tax cuts, proponents of stock buybacks boast of its job-creating and wage-boosting benefits.

“Instead, public companies in the U.S. are spending increasing and unprecedented amounts of cash on repurchasing shares of their own stocks. Yet workers see nowhere near such a boost,” wrote Tung and Milani.