Cohen’s Testimony Will Be Key in Russia Investigation 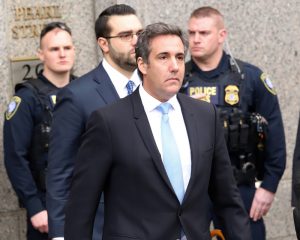 Michael Cohen, President Trump’s former attorney, spent many years defending him against an assortment of lawsuits and issues. But now, it looks like Cohen may be willing to testify against his former boss.

On July 27, 2018, CNN reported that Cohen can testify that President Trump not only knew about the June 9, 2016, meeting at the Trump Tower between people high in the president’s campaign staff and Kremlin emissaries, but that he approved of the meeting as well.

There is already a great deal of evidence that Russian intervention helped get Donald Trump elected president and that people associated with the Trump campaign—from campaign chairman Paul Manafort on down—had dealings with the Russians. But, as CNN global affairs analyst Max Boot writes in a Washington Post op-ed, “What had been missing is proof that the president was personally involved in these sordid machinations.”

Civics Lesson: Who Is Michael Cohen? 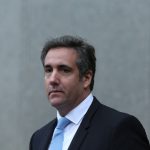 Photo of Michael Cohen by a katz / Shutterstock

Boot points out that there was already circumstantial evidence suggesting Trump knew of the offer of support from the Russians. One such piece of evidence is that on June 7, 2016, President Trump announced:

“I am going to give a major speech on probably Monday of next week and we’re going to be discussing all of the things that have taken place with the Clintons. I think you’re going to find it very informative and very, very interesting.”

Alas, the Russians never brought the dirt to candidate Trump himself, so the speech never happened. There is, however, as Boot writes, “good cause to suspect the Russians simply decided it would be more effective to give their dirt (i.e., stolen emails) to WikiLeaks rather than handing it directly to the Trump campaign.”

So there are lots of links between the Trump campaign staff and the Russians, but so far, there hasn’t been any direct evidence that the president himself was involved. Cohen’s testimony, if it is credible and corroborated (and whether it is credible and corroborated remains to be seen), then Special Counsel Robert Mueller may just have the “smoking gun” he needs in order to indict the president.

Rudy Giuliani, President Trump’s current lawyer, first said that the president didn’t know about the Trump Tower meeting. Then he argued that candidate Trump was not present (never mind that nobody’s saying he was present). Regarding collusion, Giuliani first said that there was no collusion with the Russians at all; now he’s arguing that even if collusion did occur, it’s really no big deal. Then Giuliani said (and this are his actual words, as seen on a video from Fox News), “My client didn’t do it, and even if he did, it’s not a crime.”

Although he’s right that there is no specific crime called “collusion,” that’s because we know it by other names: treason, for one.

Regardless of your political opinion, it’s not okay for the president of the United States and his staff to work with a foreign power to influence a U.S. election. And if the allegations against President Trump—no matter what people are calling his alleged crimes—are true, then the Trump campaign conspired with the Russians to violate a number of laws, including “conspiracy to defraud the United States” by interfering with the lawful functioning of federal elections and requesting that “somebody” ought to hack Hillary Clinton’s campaign.

And of course, we can’t forget obstruction of justice. That’s the big crime in question here. If President Trump did know about the offer of Russian help for his campaign, he certainly had a strong motive to fire FBI Director James Comey because he wouldn’t stop the inquiry into “this Russia thing.”

If Michael Cohen does in fact have damning and provable testimony that President Trump knew about discussions with Kremlin operatives about supporting his campaign, this could be a very interesting mid-term election season.