GOP on Collusion: ‘So What?’ 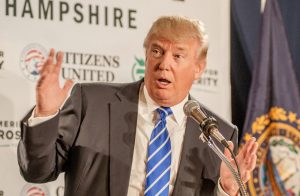 On August 5, President Trump publicly admitted on Twitter that the meeting between top campaign aides and a Kremlin-affiliated lawyer at Trump Tower was indeed to get information on Hillary Clinton. Despite denying accusations of a 2016 meeting with Russians, the president claimed that accepting help from a foreign government was “totally legal” and “done all the time in politics.”

Not only does federal law prohibit campaigns from accepting contributions from foreign nationals, legal experts say that just by attending a meeting with a foreign power violates the law and undermines our democracy. That said, the Republican Party is still turning a blind eye to collusion.

Andrew McCarthy of the National Review stated on Fox News that there’s “nothing necessarily wrong” with Donald Trump’s presidential campaign team presumably having turned to the Russians to dig up dirt on an opponent and tamper with our voting system. 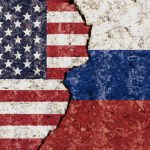 The Trump-Russia Dossier otherwise known as, the Steele Dossier is an intelligence dossier developed by a former British MI6 intelligence officer who was deemed credible by U.S. intelligence officials. The dossier raises profoundly disturbing questions about whether there was improper contact between the Trump campaign and the Russian government and about the existence of compromising personal and financial information about President Trump.

“I don’t think that it’s bad if campaigns are turning to foreign governments for dirt. It’s not collusion, it’s not something that’s impeachable, it’s icky. But that’s what this is.”

The Federalist’s Mollie Hemingway mimicked this standpoint, writing, “I don’t have a problem [with] getting dirt on election opponents from foreigners.” She also mentioned that relying on the Steele dossier is effectively the same thing.

Fox News host Tucker Carlson went on to tell his viewers, “Nobody is claiming that any information changed hands, though, even if it did, so what?”

Apparently breaking the law and essentially lying to the American public is a little more than an “icky” situation. The GOP has become so focused on making sure their base has power in Congress that they are completely disregarding the laws already established while giving President Trump free reign.

The “so what” approach adopted by Republicans is a very serious matter. It is now clear that we are in a Constitutional crisis. Working with a hostile power to affect the American election, and aiding and abetting cybercrimes to do so—all while planning a meeting with agents of that government to gain information illegally obtained by that government—are not crimes that should be swept under the rug. Although “collusion” isn’t a real legal term, obstruction of justice is.

The scary thing is about this is that our president may believe he can move whatever sort of trial he might be facing from a courtroom or the halls of Congress to the “court of public opinion.” And now in the court of public opinion he can continue to use his great persuasive abilities to make this problem go away.

It’s clear that there will be no congressional action on this increasing amount of evidence that President Trump and his aides not only knew about but were involved with Russian interference in the 2016 election. If we want to see this investigation come to fruition and the people responsible punished, it’s critical that every eligible citizen vote in the midterm elections on November 6.