Junk Debt Is on the Rise Again 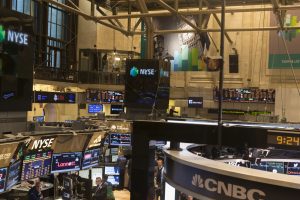 Investing in so-called collateralized loan obligations is on the rise, and so is the risk. Photo by lev radin / Shutterstock.com

You’d think people would have learned their lesson about investing in risky debt after the “junk bond” crash of the 1980s, the dot-com crash of the early 2000s, and the financial crisis of 2007-2009. But…you’d be wrong.

Not only are investors going after “junk debt” again in an era of increasingly lax banking and economic regulations under the Trump administration, but they’re going after it in an even bigger way than ever before.

The thing those of us who don’t make a living in buying and selling debt fail to realize is that in the world of modern finance, it’s not demand from individual borrowers that drives banks’ lending practices. Instead, it’s the demand from investors—pension funds, hedge funds, mutual funds, insurance companies, and sovereign wealth funds—to buy the loans the banks make. The profits from the sale of these loans is so high that banks will make bigger and riskier loans than they otherwise would have. The fact that the loans are not on the banks’ books but rather on the books of the investors that bought the junk debt also inspires bankers to make riskier loans because they won’t have any skin in the game if the original borrower defaults on the loan. 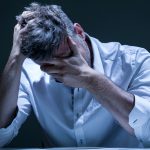 Investment vehicles like collateralized loan obligations are especially vulnerable to stressed market conditions. You only need to look back 40 years or so to see vivid examples of this. It started in the 1970s, when “junk bonds” became popular. That resulted in the Savings & Loan Crisis of the 1980s, in which S&L companies’ overinvestment in high-yield bonds and other risky debts led to a crash in the performance of junk bonds. But people didn’t learn their lesson, so after a decade of exponential growth, the junk bond market crashed in 1989. Then, of course, there was the Dot-Com Crash of the early 2000s: a lot of tech startups used high-yield bonds to finance themselves and then failed, leaving high-yield bond investors holding a whole lot of nothing.

That’s what happened in 2006 with “mortgage-backed securities,” and we all know how that ended.

But nobody ever accused investors of being gun-shy when it comes to buying up anything that might yield a profit. This time, it’s “floating-rate debt”—debt whose interest payments rise as global interest rates rise, which, according to the Washington Post, they are expected to do over the next few years.

This time, the biggest new source of floating-rate credit is the market for “leveraged loans” (in plain English, that means “loans to highly indebted businesses”) that are bundled into securities called “collateralized loan obligations” (CLOs). And leveraged lending and CLO issuance through the first half of 2018 are up 38 percent over last year’s levels.

Standard & Poor’s, Moody’s, and other credit rating companies have been warning that this rise in corporate borrowing and lending has led to what the Post refers to as “a noticeable decline in the quality of loans.” With less creditworthy borrowers and fewer conditions designed to protect lenders written into loans, it’s very likely that lenders will recover less of their money if borrowers default.

Experienced investors have pulled out of the CLO market, but retail investors are rushing in to fill the gap because they’re hoping for higher yields than they would otherwise get if they are able to sell that junk debt.

Do you think the companies who are borrowing money in the leveraged loan market are probably ones you’ve never heard of? Nope. The list includes Uber, Tesla, Dell, office-sharing company WeWork, and Japan’s SoftBank. These companies already have so much debt that their credit rating is “junk” (that is, below investment grade). The Post calls them the “’subprime’ borrowers in the corporate loan market.”

The other factor is that there’s been a change in exactly who is doing the lending. In 2013, 70 percent of loans were made by major banks whose lending has been scrutinized quite closely by government bank regulators. These days, about 54 percent of loans are made by banks, while the rest originate with private equity firms, hedge funds, insurance companies, and non-regulated lenders. For anyone who was following the markets in the early 2000s, this shift away from banks as lenders is déjà vu: competition from unregulated lenders led to banks trying to maintain their market share by lowering their lending standards.

The loans are also being used for different reasons than before. Although some loans are being used to finance expansion or refinance old debt, an increasing amount of leveraged lending is being used to fund mergers and acquisitions, pay special dividends to private equity firms who cash out of their investments, or buy back stock. The amount of debt companies are using to finance these deals has grown from 6.4 times cash flow in 2015 to 7.7 times cash flow in the first quarter of 2018. If the economy slows down or interest rates rise, these leveraged companies will find themselves with a cash shortfall, which could result in a loan default or bankruptcy.

Thanks to the weakened regulations on loans and financing, financial regulators aren’t doing anything about the increased volume and declining quality of corporate debt. In fact, President Trump’s Federal Reserve chairman and Comptroller of the Currency Office said that previous “guidance” against lending to companies whose debt exceeded six times their annual cash flow “should not be taken as a hard and fast rule.”

Ultimately, when—not if—the collateralized loan obligations market crashes, the only people who are going to end up losing are the people employed by those highly leveraged companies, which means the wealth gap will grow ever wider. The CEOS of those companies won’t suffer, nor will the investors who bought all that junk debt in hopes of big profits.