FBI Agent Who Sent Anti-Trump Texts Has Been Fired 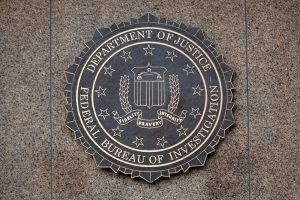 Peter Strzok, the FBI agent who made disparaging remarks about Donald Trump via text message, was terminated from his high-ranking position today.

Strzok’s attorney, Aitan Goelman, said that the decision to fire Strzok was outside of normal disciplinary procedure. According to Goelman, FBI Deputy Director David Bowdich overruled a consensus reached by the Bureau’s Office of Professional Responsibility—that a 60-day suspension and a demotion from supervisory duties was adequate punishment.

“The decision to fire Special Agent Strzok is not only a departure from typical Bureau practice, but also contradicts (FBI) Director (Christopher) Wray’s testimony to Congress and his assurances that the FBI intended to follow its regular process in this and all personnel matters,” Goelman said in a statement. 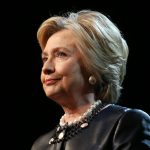 Peter Strzok played a key role in the FBI’s investigation into Hillary Clinton’s use of a private email server. According to CNN, he was involved in the Bureau’s official recommendation that the former secretary of state not be indicted on criminal charges.

Strzok, a 21-year FBI veteran, was devastated by the news. As CNN reports, he has set up a GoFundMe account to cover his legal costs and lost income.

“Deeply saddened by this decision,” Strzok wrote on Twitter. “It has been an honor to serve my country and work with the fine men and women of the FBI.”

President Trump, on the other hand, was overjoyed by the decision.

“Agent Peter Strzok was just fired from the FBI – finally,” the president wrote on Twitter. “The list of bad players in the FBI & DOJ gets longer & longer. Based on the fact that Strzok was in charge of the Witch Hunt, will it be dropped? It is a total Hoax. No Collusion, No Obstruction – I just fight back!”

“Just fired Agent Strzok, formerly of the FBI, was in charge of the Crooked Hillary Clinton sham investigation. It was a total fraud on the American public and should be properly redone!”