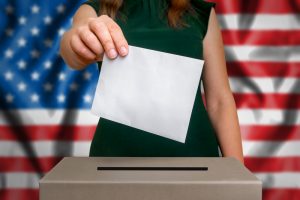 A Green Party candidate was found to have worked for the Montana GOP. Photo: Shutterstock

It has just been revealed that one Montana Green Party member has ties to to the GOP.

Timothy Adams, a Green Party candidate in the state’s U.S. Senate race, was on the state GOP payroll, according to the Associated Press.

Adams filed to challenge Democratic Senator Jon Tester in March as a Green Party candidate. Tester, who faces an uphill battle in a state President Trump carried by 21 points in 2016, has served as Montana’s Senator since 2007.  Many candidates, including four Republicans, are itching to take over his seat in November, and they believe a Green Party candidate like Adams could threaten to tear off a chunk of Tester’s voting bloc.

Civics Lesson: A Brief History of the U.S. Green Party 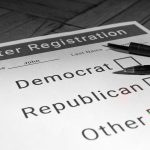 The Green Party of the United States exists today as a political party that fields candidates for office in most states and at the national level. It was formed when the state-level Green Parties came together in the mid-1990s. Thirty-three years ago, however, there were no state-level Green Parties, except one formed in Maine in January 1984. The effort to form a national Green Party began in the summer of 1984 and extended over several years of start-up work, including dialogue, debate, and outreach to spread the concept of the Green party’s platform.

As reported by Associated Press, Adams was on the payroll of the Montana Republican State Central Committee from October 2013 through May 2015, though his role within the party is uncertain. The Green Party candidate also happens to be the treasurer of Montanans Against Higher Taxes, a group who opposed a legislative referendum on the ballot for a 10-year property tax extension for the state’s university system.

The revelation of the Republican Party ties has led to criticism of the Green Party. Many speculate that the sole purpose of Republicans paying Green Party candidates is to siphon votes away from their Democratic challengers. Danielle Breck, the Green Party state coordinator, said she spoke with all of the candidates, including Adams. She told AP, “We don’t actually have any ability to deny candidates to file under our name.”

According to the Independent Record, a Montana judge has ordered that the Montana Green Party be removed from the ballot because the party had not submitted enough valid signatures from Montana’s House districts. In order for the Green Party to be listed on the ballot, they needed to gather 5,000 signatures from at least 34 of Montana’s House districts. Montana Democrats argued in a court filing this past week that the Green Party only had 30 districts sign off.

Nevertheless, if the GOP is financing Green Party candidates, this is definitely something that should make the news. The GOP and President Trump are gunning for Tester’s position and they know that a mere percentage point either way could be a big deal.

This should serve as a warning to people who insist that you “must” vote for a third-party candidate if you don’t like the two-party system. In reality, Republicans are counting on people to fall for that ploy because it typically favors them. We, as Americans, need to be aware of what goes on behind closed doors, and the situation in Montana sure looks like an attempt by Republicans to foil democracy.

Will the Green Party siphon votes away from Jon Tester’s Senate campaign? It remains to be seen—not only because the Green Party may not even get to be on the ballot in Montana’s mid-term elections, but because the publicity behind Timothy Adams’ Republican party ties may encourage progressive Democrats not to vote for Adams.