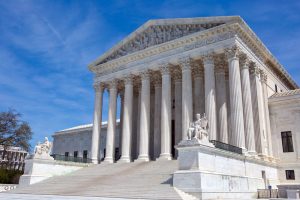 The Republican Party has tried every trick in the book to impede the ongoing investigation into Donald Trump and the people around him. Apparently, the latest idea is a plot to impeach Rod Rosenstein, the deputy attorney general, who’s been overseeing the investigation ever since AG Jeff Sessions recused himself. By removing Rosenstein, the GOP would have an easier time getting to Robert Mueller.

It now appears that the Republicans are holding back on the plan, but not exactly for the right reasons. As NBC News reported, Republican congressman Devin Nunes was caught on tape saying the impeachment was a bad idea not because it was the wrong thing to do, but because the ensuing fight would make it more difficult to get Brett Kavanaugh confirmed to the Supreme Court.

“So if we actually vote to impeach, OK, what that does is that triggers the Senate then has to take it up,” Nunes reportedly said at a July 30 Republican fundraiser in Spokane, Washington. “Well, and you have to decide what you want right now because the Senate only has so much time … Do you want them to drop everything and not confirm the Supreme Court justice, the new Supreme Court justice?” 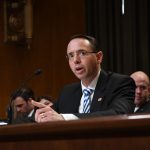 It’s highly unusual that Republicans are considering ousting Rod Rosenstein—because Rod Rosenstein is their guy. Rosenstein was originally appointed by Republican president George W. Bush in 2005. He also served throughout President Barack Obama’s entire tenure in office. And, in March 2017, when the Trump administration called for the resignation of 46 United States attorneys immediately because they were holdovers from Barack Obama’s time in office, Rosenstein was one of only two attorneys who were allowed to stay.

It seems convenient that a man who has been found fit for his job by three presidents—Republican and Democrat—over the course of 13 years is suddenly being labeled as “unfit” and being threatened with impeachment.

The possibility of impeaching Rosenstein has become somewhat of a wedge issue among House Republicans. A small faction of GOP congressmen introduced the idea in late July; they included Freedom Caucus chairman Mark Meadows, House Speaker hopeful Jim Jordan, and nine others. Current Speaker Paul Ryan came out against the idea, though, as did a handful of others.

At the end of the day, though, this impeachment debate isn’t even real. It’s a distraction: a PR stunt. The Republicans in Congress have long been doing everything they can to avoid actually holding Trump accountable, from smearing Mueller’s team to arguing Russian collusion isn’t a crime; this is just another silly game they’re playing. None of the games are really working. The evidence against Trump is piling up, and so is the pressure. This will only be truer if Democrats are able to retake Congress in November. Nunes, of course, knows this as well as anyone.