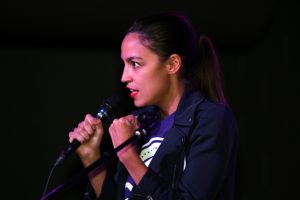 Twenty-eight-year-old Alexandria Ocasio-Cortez has become something of a star since she defeated New York incumbent Democratic Rep. Joseph Crowley in the recent primary election, ending (for now) his 20-year congressional career.

A self-described Democratic Socialist, she ran against Crowley because she saw him as a member of the party establishment, referring to him as a “corporate Democrat” who received more money from corporate political action committees than from local donors.

Now Ocasio-Cortez is on track to become the youngest member of Congress ever elected by either political party. Her district, which gave 78 percent of its votes to Hillary Clinton in the 2016 election, is very likely to send Ocasio-Cortez to Washington, D.C. The result of her surprise victory has been a media blitz that has had her speaking to newspapers, blogs, and radio stations throughout the country. Unfortunately, in the course of all those interviews, she’s made a few claims that are not substantiated by facts. 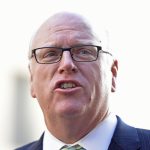 Joe Crowley, the incumbent Alexandria Ocasio-Cortez defeated in the primary, has been a fixture on the political scene for a long time. In fact, he was even one of the people suggested as a potential Speaker of the House if the Democrats win back the House in the 2018 midterm elections. Despite the fact that this is Crowley’s 20th year in office, he’s still considered somewhat of a newcomer, being about 20 years younger than the current Democratic leadership.

Crowley began his political career as a member of the New York State Assembly, where he served from 1987 to 1998. After Democratic Congressman Thomas Manton retired from Congress in 1999, he selected Crowley as his successor and got him on the New York ballot. Since then, Crowley has served as a member of the House of Representatives. He has been Chair of the House Democratic Caucus since 2017, and he’s been the Chair of the Queens County Democratic Party since 2006.

Photo by a katz / Shutterstock.com

The Washington Post fact-checked several of those claims, and they found some interesting data. Although they say, “to be fair to Ocasio-Cortez, the average member of Congress might easily make many bloopers over the course of so many live interviews,” it’s still important to bring some of these unsubstantiated claims to light.

“ICE is the only criminal investigative agency, the only enforcement agency in the United States, that has a bed quota. So ICE is required to fill 34,000 beds with detainees every single night, and that number has only been increasing since 2009,” Ocasio-Cortez said in an interview with the Intercepted podcast on May 30.

True? Well, not so much. Even the left-leaning Politifact said this claim is false. While a 2016 appropriations bill required that ICE “shall maintain a level of not less than 34,000 detention beds through September 30, 2016,” that doesn’t mean the agency is required to fill those beds. The language just means that the money dedicated to those beds is not spent on something else. In 2014, Republican lawmakers asked then-Homeland Security secretary Jeh Johnson about similar language, and he told them he didn’t see it as a mandate to fill those beds; just to have them available.

“In any case, the language was removed from the 2017 and 2018 appropriations bills,” the Post wrote, “So it’s not even an issue anymore.”

“They [national Democrats] were campaigning most when we had more of an American middle class,” Ocasio-Cortez said in an interview on the Pod Save America podcast. “This upper-middle class is probably more moderate but that upper-middle class does not exist anymore in America.”

The Post fact-checked three other claims by Ocasio-Cortez—one that the Supreme Court upheld the Affordable Care Act because “they ruled that each of these monthly payments that everyday Americans make is a tax,” one that unemployment is so low because people are working multiple jobs, and one that Medicare for all would be much cheaper than our current healthcare system—and found all of them to be exaggerated, false, or displaying a misunderstanding of policy nuances.

We hope that as Alexandria Ocasio-Cortez continues her media blitz, she also remembers to do some fact checking of her own. Even though President Trump can get away with false claims on a daily basis, the same can’t be said for a young politician who is facing barriers related to race, age, sex, and political orientation.