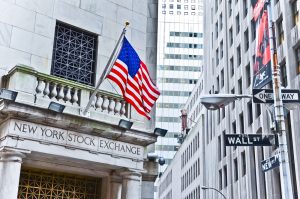 Last Friday, the U.S. Bureau of Labor Statistics released data showing that real wages have decreased over the past year. As Judd Legum of Popular Information reports:

“Nominal wages, the dollar amount workers see in their paychecks, have slowly crept up, increasing 2.7% between July 2017 and July 2018. But that has not kept up with inflation, which rose 2.9% over the same period.”

But how can that be when GDP growth is strong, and unemployment is low? We’ve outlined a few theories below.

Civics Lesson: What is GDP Growth?

Gross domestic product (GDP) growth is a measurement used to gauge how well the economy is doing. There are four components that are used to calculate GDP: personal consumption, business investment, government spending, and net trade.

The Money is Not Trickling Down

In December 2017, the Senate passed the Tax Cuts and Jobs Act, which granted massive tax cuts to corporations and the wealthy. The theory was that corporations would use the money to increase worker pay and provide better training for their employees—but that turned out not to be the case.

“Corporations are sitting on lots of cash, but instead of making investments they are using it to juice their stock prices through dividends or stock buybacks,” Legum explains.

The rising cost of health care has trapped workers in a cycle of poverty that is difficult to break free from.

Many employees who are covered under their company’s health care plan are less inclined to leave their job due to a fear of how it will impact their health coverage. This, in turn, gives them less bargaining power.

On the flip side of the equation, employers are less apt to give their workers a raise because they have to account for increased health care costs in the future.

A Decline in Unions

According to the Bureau of Labor Statistics, in 2016, only 10.7 percent of American workers were part of a labor union. Compare that to the 1950s, in which nearly a third of all workers were members of a union.

A 2016 study conducted by the Economic Policy Institute concluded that a decrease in unions “has contributed to substantial wage losses among workers who do not belong to a union.”