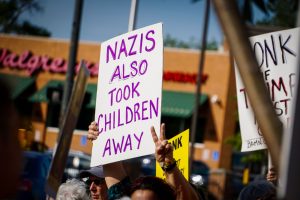 But as Judd Legum of Popular Information suggests, perhaps it shouldn’t be the primary focus of our country. Rather, the public really ought to be focused on the fact that there are still hundreds of migrant children who have yet to be reunited with their families. And sadly, it’s a matter in which public interest has swiftly dwindled to almost zero.

In June 2018, a federal judge ordered that all minors separated from their parents at the U.S.-Mexico border be reunited by July 26. The Trump administration wasn’t able to fulfill that requirement, and as a result, lots of children are still in limbo—559 to be exact, 369 of which whose parents were already deported without them. The truth is that because of the actions of our government, some of these children may never be reunited with their parents… making them permanent orphans. 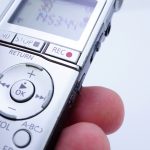 The Wiretap Act of 1968 is a federal law that is part of the Omnibus Crime Control and Safe Streets Act of 1968. It sets rules for obtaining wiretap orders for any oral, telephonic, or electronic correspondence that is reasonably assumed by the participants to be private. This wiretapping portion of the bill was created in part to protect citizens by limiting the power of the government to collect private information without consent.

In the case of Omarosa Manigault-Newman, she did not wiretap but rather personally recorded conversations she was involved in. In Washington, D.C., “one-party consent” is permitted, meaning that although the secondary parties did not know they were being recorded, that in itself is not necessarily illegal. Whether or not Manigault-Newman committed any crime by recording and then releasing these recordings remains to be determined.

“This is a moral atrocity of historic proportions but, after a short burst of attention in June, has mostly faded from the headlines and the public consciousness,” writes Legum.

“The Trump administration has been able to get away with its disinterested approach to reunification by taking advantage of the short attention spans of the public and the media,” he added.

But not everyone is letting the issue fall by the wayside. On Tuesday, August 14, Michael Avenatti (Stormy Daniels’ attorney) helped reunite a nine-year-old boy with his deported Guatemalan mother. The two were separated for 81 days.

Additionally, the American Civil Liberties Union (ACLU) has launched a campaign to help reunite families as soon as possible.