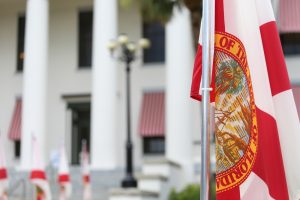 “They have already penetrated certain counties in the state and they now have free rein to move about,” Nelson told the Tampa Bay Times.

Sen. Nelson said that he was instructed by the Senate Intelligence Committee to inform election officials of Russian meddling, but the Florida Department of State said that it has no knowledge of such a breach.

“The Florida Department of State has received zero information from Senator Nelson or his staff that support his claims,” spokeswoman Sarah Revell said. “If Senator Nelson has specific information about threats to our elections, he should share it with election officials in Florida.”

Since the Reagan administration, the United States has been wary of digital warfare that has the potential to cripple countries without firing a single bullet. But so far, most state-sponsored cyberattacks have been subtler: North Korea hacked Bangladeshi banks to fund its regime; China engaged in intellectual property theft; Russia hacked Georgian television stations meddled in U.S. elections and was likely behind the hacking of Ukraine’s power grid; and the U.S. hacked Iran’s nuclear facilities.

No single attack has brought a country to its knees like Reagan’s administration had envisioned—yet. Currently there are no clear international repercussions for cyberattacks like there are for physical attacks, sans sanctions or stern words. So far, no notable international organization has stepped up to outline clear rules regarding cyberattacks. Knowing this, some countries are emboldened to try ever more insidious hacks.

Florida’s Republican governor, Rick Scott, said that Nelson’s claims amount to fear-mongering and that they are “senseless” and “irresponsible,” in a press release.

In a joint letter released last month, both Sen. Nelson and Sen. Marco Rubio (R-Fla.) warned election boards across the state of Russian meddling as discovered by the Senate Intelligence Committee. The senators urged the election boards to reach out to the Department of Homeland Security and the FBI for additional resources.

“It is possible that additional activity has occurred and has not yet been uncovered,” the senators wrote.

Shortly after the letter, special counsel Mueller indicted 12 members of the Russian GRU by name on specific charges involving cyberattacks during the 2016 presidential elections. Several Floridian counties were compromised in that attack.

It is unclear whether Sen. Nelson’s recent statements are referring to the cyberattacks in 2016, a new round of intrusions, or if the hackers still have database access from 2016. When asked about the specifics, the senator won’t elaborate because of the “confidential” nature of the Senate Intelligence Committee’s findings.

But it does seem clear that Florida is still vulnerable to cyberattacks. Last week, DefCon hosted a hacking convention in Las Vegas. Thirty-five children were able to tamper with replicated U.S. voting systems. According to documents released by DefCon’s Twitter account, the hackers were able to change vote tallies and candidate names. One hacker was able to program a voting machine to project GIFs and play music.

An 11-year-old completed the fastest exploit. It took him 10 minutes to compromise a replica of Florida’s Secretary of State website.