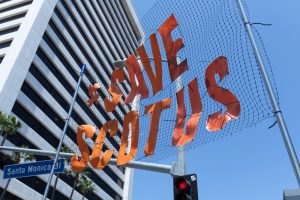 Confirming a justice to serve on the Supreme Court is one of the most important things that a lawmaker can do in the United States. Justices serve for life, and there are no second chances: getting the pick right on the first try is crucial. So, when a nominee comes along, every senator must study the individual painstakingly, making absolutely sure that they’re making the best and most informed decision possible.

With the current Senate Republicans and the nomination of Brett Kavanaugh, that doesn’t appear to be happening. There are extensive records of the work Kavanaugh did and the opinions he espoused when he worked for George W. Bush’s administration in the early 2000s, and yet the GOP doesn’t want those records to get out. Now, according to NPR, it looks like that conflict may escalate. Senate Democrats have a Freedom of Information Act request on file to obtain Kavanaugh’s records, and they’re now threatening an ugly legal battle if that request is not honored in a timely fashion.

“We stand ready to sue the National Archives for Judge Kavanaugh’s full records if necessary,” said New York Democrat Chuck Schumer, the Senate minority leader. “The American people deserve a methodical and thorough examination of a nominee to the Supreme Court who will yield immense influence on their lives.” 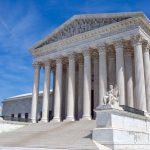 Supreme Court nominations haven’t always been as heavily politicized as they are today. Politico traces this trend back to the 1960s, when an alliance of Republicans and Southern Democrats began fighting against the liberal justices nominated by then-President Lyndon B. Johnson. They opposed the nomination of Thurgood Marshall, the first black justice, in 1967, as well as the left-leaning Abe Fortas the following year. Democrats retaliated with bitterness toward Republican presidents’ nominees in the era that followed.

Everything has seemed to come to a head in the last couple of years, with heavy controversy over Obama’s pick of Merrick Garland in 2016, the nomination and confirmation of Neil Gorsuch in 2017, and of course Brett Kavanaugh now. Though it may feel like a new phenomenon to many, these bitter political battles have been happening for half a century—and likely won’t end anytime soon.

The timing of this potential legal battle is crucial here. The Democrats filed their FOIA request with the archives on Aug. 8, and they gave an ultimatum of 20 business days for them to honor it. This established a deadline of Sept. 6 to get information on Kavanaugh’s track record—and yet Senate Republicans have planned for confirmation hearings to begin on Sept. 4. Clearly, there is no time to waste for Democrats who want to thoroughly vet the SCOTUS nominee.

The added wrinkle here, of course, is that Kavanaugh was nominated by a president who is currently under investigation for a wide range of criminal activity. Should Donald Trump even be allowed to nominate a Supreme Court justice? And if he does, should it be someone whose views on executive privilege are notoriously inconsistent? We may soon come to a point where President Trump, facing a staggering amount of legal and political pressure, needs the Supreme Court to save him. It’s alarming to think that the president could be nominating the very man who could rescue his presidency.