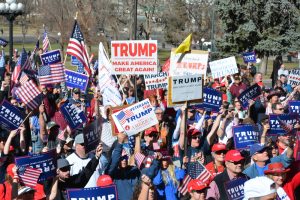 The GOP has been plagued with scandals over the past couple of years, and it will likely carry devastating consequences in the midterm elections.

As Politico reports, what were once considered Republican-safe seats are now under threat of a coming blue wave—a massive political shift in which dissatisfied citizens are expected to elect Democratic candidates.

On August 15, 2018, President Trump attempted to reassure his voter base that there is nothing to worry about, pointing to recent special election results as evidence that the GOP is doing just fine.

Civics Lesson: What is a Special Election? 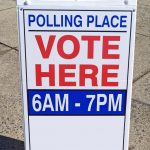 A special election is an emergency vote held outside of regular course, due to an unexpected vacancy.

“Great Republican election results last night,” Trump tweeted. “So far we have the team we want. 8 for 9 in Special Elections. Red Wave!”

But as NPR reporters Jessica Taylor and Renee Klahr point out, Trump’s tweet is misleading:

Based on calculations by NPR, the average special election shift was 10 points toward the Democrats. If you apply that margin to all 435 congressional districts—using the 2016 presidential margins as a partisan baseline—the Democrats would net 63 seats. That’s certainly on trend for a blue—not red—wave and for far more than the 23 seats they need to flip the House.

Many of the president’s supporters will likely discard this data as “fake news,” given that past election polls failed to predict Donald Trump’s victory over Hillary Clinton. But history has shown that the dominant party does not perform well in midterm elections. In 2010, for example, Democrats suffered several losses in the special elections and later went on to lose control of the House.

“When you look at these special elections and you look at history, a lot of [incumbents] are going to be unable to be rescued from this wave that is coming,” said Democratic pollster Fred Yang.