Is Rick Scott’s Investment in Fortress a Conflict of Interest? 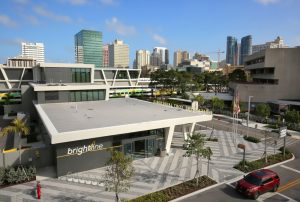 Once upon a time—by which we mean seven years ago—Florida Governor Rick Scott refused to accept federal funding to build a high-speed rail route between Tampa and Orlando. Fine, that’s his prerogative. During the Obama administration, a lot of Republican governors refused to accept federal funding for a variety of initiatives ranging from Medicaid expansion to high-speed rail.

But things started looking kind of shady when Governor Scott suddenly began supporting the idea of a similar high-speed rail route—proposed and funded by a company that just happens to have ties to Scott and his wife, Ann.

The couple has invested more than $3 million of its considerable wealth (they are multimillionaires) in a credit fund for Fortress Investment Group, which just happens to own the train company that has proposed building a high-speed rail line between Orlando and Tampa. 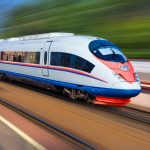 While developed countries all around the world have high-speed rail service, the United States has fallen further and further behind. Plans for high-speed rail service date back to the High Speed Ground Transportation Act of 1965, but it wasn’t until the Obama administration that high-speed rail development became a real goal. As part of the American Recovery and Reinvestment Act of 2009, Congress allocated $2.5 billion of the 2010 federal budget to expand high-speed rail service throughout the country. Republican governors Scott Walker of Wisconsin, John Kasich of Ohio, and Rick Scott of Florida refused the funds, and those funds were then redirected to other states.

If we’re going to be precise, we should say, as NPR does, that “Fortress owns Florida East Coast Industries, which owns All Aboard Florida, which operates a train project called Brightline.” Brightline is listed on Fortress’s website as one of its “investment highlights.”

For its part, Brightline calls itself “the only privately owned, operated, and maintained passenger rail system in the United States.” It currently operates service between Miami and West Palm Beach, and this spring it made an unsolicited proposal to expand its service to include a route from Tampa to Orlando.

A spokeswoman for Governor Scott told NPR that the Scotts’ investment is not directly tied to the rail project, and that he would not personally benefit from the proposal’s success. But then again, the only reason anyone found out about the Scotts’ investment in Fortress (and, as a result, its subsidiaries) is that since Scott is running for U.S. Senate, he had to release financial disclosures the Miami Herald used in its own reporting on the Fortress story.

Loren Schenone, Rick Scott’s Senate campaign spokeswoman, told NPR that “the success or failure of All Aboard Florida or any rail project within the State of Florida will have no effect on this investment.”

However, the Miami Herald did note that All Aboard Florida donated more than $188,000 to Scott’s 2010 gubernatorial campaign and another $25,000 to his inauguration celebration. The Associated Press acquired text messages showing that Scott’s then-chief of staff had once been employed by a subsidiary of Florida East Coast Industries (the parent company of All Aboard Florida) and that he discussed the rail project with one of Scott’s aides while he was still employed by Florida East Coast Industries.

Although the federally funded train project had bipartisan support in the state legislature, Scott torpedoed it. Last week Scott said the federal funding was “horrible for our state the way it was set up” and that in other states that took the money “there’s delays, it cost more than what they thought, those projects are not getting done.”

Yeah. About that… Even public-private partnerships like this one rely on taxpayer money to succeed. Per the New York Times:

“There is a significant misunderstanding of the way public-private partnerships actually work,” said David Besanko, a professor at the Kellogg School of Management at Northwestern University. “Taxpayers or users are going to need to pay for private infrastructure just as they need to pay for public infrastructure. You’re going to need to get revenues from somewhere.”

“Whether through fees like parking meters and tolls on a road, or through government payments to the contractors, such projects are ultimately supported by taxpayers.”

Ultimately, even if Rick Scott doesn’t have a conflict of interest with his endorsement of a private project that would benefit him—particularly after refusing federal funds for the very same project—you’d think a candidate for U.S. Senate would go out of his way to make sure there’s not even an appearance of conflict in his actions on behalf of his state. Not Rick Scott, though. Maybe he thought people wouldn’t take the time to go through the 125 pages of his financial disclosures in search of any issues? Or maybe he just didn’t care.