Could President Trump Win in 2020? 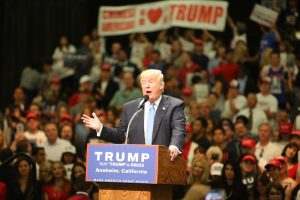 Donald Trump is often as painted a historically unpopular president. He’s had an approval rating hovering around 40 percent for much of his presidency, which means a significant majority of the voting public is unhappy with him. Because of this, many assume that Trump will be a pushover in his 2020 reelection campaign, and that a big win for the Democratic nominee is inevitable.

Is this really true, though?

Some skeptics have begun calling this idea into question, pointing to a wide range of reasons that Trump might have a real shot at four more years, despite his consistent unpopularity. Judd Legum at Popular Information recently laid out a detailed and compelling argument for why he thinks Trump can win again—and what progressives can do about it. 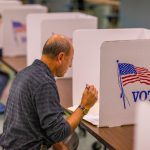 Between now and 2020, you’ll inevitably be told that the polls show Trump as a big underdog to win reelection. Listen to this punditry at your own risk, as it may well be flawed. Remember, every major pollster predicted that Trump would lose to Clinton in 2016—and they were all wrong. We’re still trying to figure out why. A 2017 report from the American Association for Public Opinion Research revealed a few possible reasons, including dishonest poll respondents and selection bias in polls that overrepresented college graduates. But perhaps the biggest reason is that people changed their minds at the last minute.

Interestingly, the report found that 13 percent of voters in Wisconsin, Florida, and Pennsylvania—three key states that Trump won narrowly—made their choice in the final week of the campaign. Those voters often went for Trump: in Wisconsin, they picked him over Clinton by a 30-point margin, and in Florida and Pennsylvania, by 17 percent. This goes to show that while speculating about 2020 now might be interesting, you’d best take any conclusions with a sizable grain of salt. This race, like the last one, may well go down to the wire.

Legum acknowledged that one popular prediction is an upcoming “blue wave”—the Democrats will storm Congress in this fall’s midterm elections, then ride that momentum to another big win in 2020. On the other hand, he pointed out that much of this rhetoric is based on polling data—a metric that has consistently gotten Trump wrong since the moment he entered politics. After all, most polls showed Hillary Clinton claiming the win in November 2016, and that clearly didn’t happen.

“Trump’s considerable strengths as a candidate for reelection are often ignored, and his weaknesses exaggerated,” Legum explained. “From the moment he declared his candidacy in June 2015, Trump has been underestimated politically. No one should make that mistake again. This is not a prediction that Trump will be reelected. But the possibility should not be dismissed as far-fetched.”

There are many, many reasons that Trump at least has a shot in 2020. One is the mere power of incumbency—historically speaking, when a sitting president runs for reelection, they win the majority of the time. Aside from that obvious advantage, Trump should also benefit from a healthy economy, a strong political base that seems impervious to anti-Trump news, and perhaps even the chance of voter suppression giving a boost to the Republican side. In addition, there’s the Russia factor to consider—it already appears that the Kremlin may have hacked our voting machines in 2016, and there’s reason to suspect it could happen again.

A lot can change between now and 2020—perhaps most significantly, we’ll see Trump get to take on a new opponent. Evaluating the president’s chances against Generic Democrat X is one thing, but pitting him against a real candidate with defined strengths and weaknesses is yet another. In 2016, the presidential campaign really took shape when Trump and the Republicans began picking Hillary Clinton apart over her email scandal and other perceived weaknesses; there’s a good chance that come 2020, the GOP will do more of the same.