New Coal Plant Rules Would Cause Thousands of Deaths 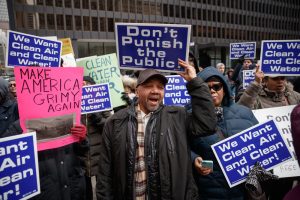 EPA workers and supporters at a 2017 protest in Chicago. Photo by John Gress Media Inc / Shutterstock.com

The Trump administration says its changes to federal pollution restrictions on coal-burning power plants will create new jobs, eliminate “burdensome” regulations, and end what the president refers to as a “war on coal.”

President Trump takes every chance he can get to praise coal. “We love clean, beautiful West Virginia coal,” the president said at a mid-August 2018 rally in that state. “And you know, that’s indestructible stuff. In times of war, in times of conflict, you can blow up those windmills, they fall down real quick. You can blow up pipelines…you can do a lot of those things to those solar panels, but you know what you can’t hurt? Coal.”

Leaving aside President Trump’s failure to see the big strategic picture of America’s multi-part energy policy and its (former) pollution restrictions, the administration’s own analysis ironically says the new policy could “lead to as many as 1,400 premature deaths annually by 2030 from an increase in extremely fine particulate matter that is linked to heart and lung disease,” according to the New York Times, and it could lead to “up to 15,000 new cases of upper respiratory problems, a rise in bronchitis, and tens of thousands of missed school days.”

Civics Lesson: What Is ‘Clean Coal?’ 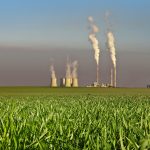 In its original usage, the term “clean coal” was used to refer to technologies that reduce emissions such as sulfur dioxide, nitrogen oxides, mercury, and other chemicals that come from burning coal. Examples of this technology include washing coal at the mine to remove some of those contaminants, which makes coal cleaner and less expensive to transport. More recently, the definition has expanded to include carbon capture and storage in order to reduce atmospheric pollution. There are, however, concerns about the economic viability of those technologies, potential high hidden economic costs in terms of damage to the environment and society, and the costs and viability of disposing of toxins. Even “clean coal” releases greenhouse gases and harmful pollutants when it’s burned.

The Clean Power Plan, adopted by the Obama administration, would prevent between 1,500 and 3,600 premature deaths per year by 2030, and reduce the number of missed school days by almost 200,000. This is also according to the EPA’s own calculations.

The administration’s proposal, known as the Affordable Clean Energy Rule, would replace Clean Power Plan. It would give individual states much more power to set “more modest goals” for clean power and regulate coal plant emissions “as they see fit.” Trump administration officials have said that the Clean Power plan “illegally tried to force electric utilities to use greener energy sources,” but that the new plan would “achieve many of the benefits sought by the Obama administration but in a way that is legal and allows states greater flexibility.”

The EPA’s clean air chief, William Wehrum, a former coal industry attorney, told the Times that the agency is only allowed to “regulate emissions from things that emit” and does not have the authority to provide direction on energy development as a whole.

But wait, it gets better: The Trump administration’s analysis also found that its plan would cause 48,000 new cases of “exacerbated asthma” and at least 21,000 new missed days of school each year by 2030 due to the increase of pollutants in the atmosphere.

Wehrum did acknowledge that there would be “collateral effects” on traditional pollutants under the administration’s new plan. But, he said, “We have abundant legal authority to deal with those other pollutants directly, and we have aggressive programs in place that directly target emissions of those pollutants.”

Well, that’s nice: tens of thousands of cases of asthma, thousands of premature deaths, and many thousands of missed school days are “collateral effects,” as far as this administration is concerned. This is just more proof that the administration doesn’t care one iota about ordinary people who are going to be harmed by its policies.