How Unions Help All Workers, Not Just Members 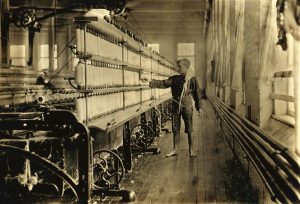 Sometime during the turn of the century, a young boy in New York City wakes up before sunrise, eats a quick meal of rice and jellied veal and begins a shoeless walk to work. He sells newspapers that he can’t yet read himself.

He hasn’t learned to read yet because he doesn’t go to school. He likely works up to 70 hours a week, earning pennies a day. And he’s not an isolated case by any means. In the 1900s, child labor and 70-hour work weeks were commonplace. Cities across the U.S. were reaching populations over 1 million, and labor was in high demand. At the time, 18 percent of all U.S. workers were under 16.

Civics Lesson: A Brief History of Unions in the U.S. 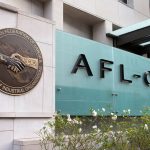 Unions can be traced back to the very origins of our nation. According to History.com, disgruntled tailors held the first recorded protest over reduced wages in 1768. A few decades later in Philadelphia, shoemakers established the first sustained trade organization dubbed the Federal Society of Journeymen Cordwainers.

But it wasn’t until a man named Samuel Gompers established the American Federation of Labor (AFL) in 1886 that union membership took off on a large scale. Following World War II, the AFL saw huge expansion and merged with another union federation, the Congress of Industrial Organizations. Their alliance established the AFL-CIO, the most popular labor union today.

The FLSA passed in 1938. The law established a minimum wage, a 40-hour work week, overtime pay, and it banned companies from hiring children for dangerous jobs.

These are perks all Americans enjoy today, whether we’re union members or not.

Today, unions still fight to better the workplace for everyone. Higher wages, health care coverage, paid time off, and parental leave have increased due to the work of unions.

Despite the benefits of unions, membership is dwindling. Membership peaked in the late 1960s, when one in three workers belonged to a union. Today, that number is closer to one in 10. And the private industry numbers are even lower, according to the Bureau of Labor Statistics’ latest Union Membership Survey.

In some southern states, however, collective bargaining in the public sector is illegal. Restrictions such as these affect membership, which slows wage growth overall. Even as unemployment reaches record lows and the stock markets soar, employee wages remain stagnant, and the average worker hasn’t felt the recent successes of the economy.

While unions have tackled the horrors of child labor and inhumane work hours in sweatshop conditions, the biggest hurdle ahead seems to be convincing private sector workers of the value unions offer all Americans.