The Costs and Benefits of Government Regulations 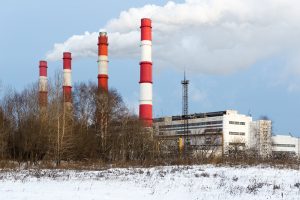 Federal regulations on the amount of pollutants factories can produce have cost the taxpayers about $21 billion, but they’ve provided $163 billion in benefits. Photo: Shutterstock

As Labor Day approaches, let’s take a look at the history of workplace safety and regulations that were designed to protect workers. Modern regulation began in the aftermath of the 1911 Triangle Shirtwaist Factory fire, in which 146 garment workers died because the factory’s owners had locked the doors to stairwells and exits to prevent theft and unauthorized breaks. The fire led to the formation of a public safety committee in New York City, which evolved into a lobbying group for worker safety regulations.

But government regulations are controversial. While some believe that the benefits outweigh the costs, some view regulations as a burden on the process of free enterprise which slows the economy and stifles innovation. Today, we’re going to take a look at both sides of this issue.

According to the nonpartisan Office of Management and Budget, although government regulations do cost money (the U.S. Chambers of Commerce estimates that complying with federal regulations costs U.S. businesses more than $46 billion a year), they have obvious and easily identifiable benefits to the American people. 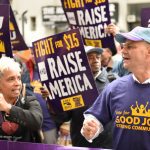 Labor Day celebrates the contributions and achievements of American workers. It was created by the labor movement in the late 19th Century and became a federal holiday in 1894. In the late 1800s, at the height of the Industrial Revolution, the average American worked 12 hours a day, seven days a week, and even with all that work could barely afford more than the most basic necessities. Not only that, but children as young as 6 years old were working in mills and factories (and earning only a fraction of the pittance adult workers were earning).

With the rise of industry came the rise of labor unions—organizations formed to protect the rights of workers—which organized strikes and rallies to protest poor working conditions and forced employers to renegotiate employees’ working hours and pay. It’s thanks to the efforts of these “troublemakers” that Americans now enjoy a 40-hour work week under safe working conditions.

Photo by a katz / Shutterstock.com

According to the OMB’s analysis, the benefits of regulation far exceed the costs:

“Federal regulations enforcing the EPA’s clean air and water laws accounted for the majority of the regulatory benefits to the public estimated over the last decade. Clean water regulations accounted for benefits of up to $8 billion at a cost of $2.4 to $2.9 billion. Clean air regulations provided up to $163 billion in benefits while costing taxpayers only about $21 billion.

Other regulations that have larger benefits than costs: The Occupational Safety and Health Administration (OSHA) protects workers’ rights by ensuring that regulations governing worker safety are enforced. The cost of OSHA is $1 billion, while according to the OMB’s analysis, the benefit to the American public is $1.8 to $4.2 billion—either a two-to-one or four-to-one ratio in favor of benefit. The Food and Drug Administration, which oversees drug safety, costs taxpayers $482 to $651 million, while the befits of its work range from $2 to $4.5 billion.

The OMB encouraged regulators to factor in the cost of compliance with regulations when they create new regulations, as well as the cost-benefit analysis for the effect on taxpayers. Not only that, but agencies now need to prove that a need exists for the regulation before instituting it. In fact, it advised:

“Each agency shall identify the problem that it intends to address (including, where applicable, the failures of private markets or public institutions that warrant new agency action) as well as assess the significance of that problem.”

But as we know, the Trump administration’s goal is to cut the number of federal regulations. On January 30, 2017, less than a month after President Trump took office, he issued executive orders reducing regulation and controlling regulatory costs and streamlining the permitting and environmental review process for domestic bridge, pipeline, transportation, telecommunications, and other infrastructure projects.

What about the other side of the issue, though? The Regulatory Transparency Project (a brainchild of the Libertarian-leaning Federalist Society) wrote up its own document about the harm regulations do to business and freedom.

The Regulatory Transparency Project cited World Bank data to support its assertion that the regulatory process in America is not actually helping Americans’ well-being. Currently, in terms of “Ease of Doing Business,” the World Bank ranks the U.S. at #6, behind New Zealand, Singapore, Denmark, South Korea, and Hong Kong. According to the World Bank, the highest-ranked countries in its surveys do regulate, but “they do so in less costly and burdensome ways, and they focus their efforts more on protecting property rights than governments in other countries.” It also notes that “a thriving private sector—with new firms entering the market, creating jobs and developing innovative products—contributes to a more prosperous society” and “promotes growth and expands opportunities for poor people.”

The Regulatory Transparency Project also says that “if regulations focus on promoting public goods and preventing public bads, rather than serving as a forum for special interests and partisanship, the regulatory system can address the needs we have in common rather than divide us” and that less regulation would bring “more innovative products, higher wages, and upwardly mobile jobs.”

Ultimately, the Regulatory Transparency Project is right about the need for regulations to protect the public good rather than reflect the interests of people who can afford to get the ear of regulators. However, they are wrong about the costs and benefits of regulation. Although regulation may decrease the number of dollars in rich people’s pockets, they also make America a better, cleaner, and safer place to live and work.