President Trump: Flipping ‘Almost Ought to Be Illegal’ 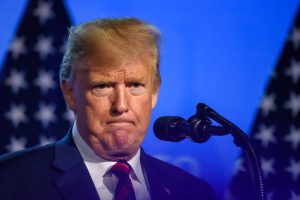 Last week marked one of the worst weeks in President Trump’s tenure.

On Tuesday, Aug. 21, Trump’s former attorney Michael Cohen implicated him in campaign finance violations. But the president made a bad situation that much worse by insinuating that Cohen ought to be barred from testifying against him.

“It’s called flipping, and it almost ought to be illegal,” Trump told Fox News.

But Cohen’s testimony wasn’t the only bombshell to rock the White House last week. Trump’s former campaign manager, Paul Manafort, was convicted of financial fraud the same day that Cohen implicated the president. However, unlike Cohen, Manafort refused to cooperate with investigators—a move that earned him the president’s respect. 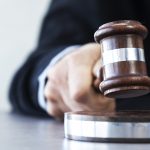 Obstruction of justice, as defined by 18 U.S.C. § 1505, is a federal crime wherein an individual attempts to “avoid, evade, prevent, or obstruct compliance with a civil investigation.”

“I feel very badly for Paul Manafort and his wonderful family,” Trump tweeted. “’Justice’ took a 12 year old tax case, among other things, applied tremendous pressure on him and, unlike Michael Cohen, he refused to ‘break’ – make up stories in order to get a ‘deal.’ Such respect for a brave man!”

Harvard law professor Jack Goldsmith, who led the Justice Department’s Office of Legal Counsel under President George W. Bush, believes that the frequency with which Trump has threatened to fire those associated with the investigation is a sign that investigators are closing in on him.

“What is different now is that the Justice Department noose is tightening around the president’s neck,” said Goldsmith. “That context makes this confrontation more significant, for it might indicate that the president is finally going to follow through on his threats and insinuations, over many months, about firing Justice Department officials or taking other actions against the Mueller investigation.”