Everything You Need to Know About QAnon 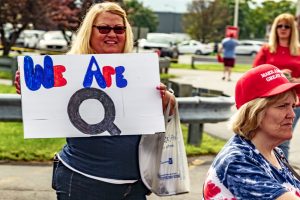 Look at photos from any recent Trump rally and you’ll likely see supporters brandishing signs and shirts that read “QAnon.”

If you’re unfamiliar with the term, you’ve come to the right place. In this article, we explain exactly what QAnon is, along with why it is so dangerous.

In simple terms, QAnon is a conspiracy group. Its roots can be traced back to October 28, 2017, when an anonymous user began posting cryptic messages on the 4chan message board /pol/. The user was nicknamed “Q” after he/she claimed to have a Q-level security clearance, which is the Department of Energy’s equivalent of “Top Secret.” 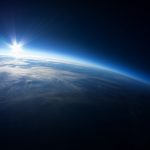 In recent years, there’s been a re-emergence in the number of people who believe that the Earth is flat, despite scientific evidence that proves otherwise. These conspiracy theorists are referred to as “flat Earthers.”

Early philosophers figured out that the Earth was round long before satellite photos were made available. As BBC reports, the Greek thinker Aristotle figured it out over 2,000 years ago. In his book, On the Heavens, Aristotle wrote:

“Again, our observations of the stars make it evident, not only that the Earth is circular, but also that it is a circle of no great size. For quite a small change of position to south or north causes a manifest alteration of the horizon.”

This supposed “government insider” has one mission: to expose the “deep state” that is plotting against Donald Trump and his supporters. But even though Q has not provided a single shred of evidence to support the notion that such a deep state exists, a growing number of people still believe it to be true—and that’s dangerous for a couple of reasons.

For one, something similar already happened in the past, and it almost cost people their lives. Remember Pizzagate?

Much like QAnon, Pizzagate was a wildly popular conspiracy theory that circulated during the 2016 U.S. election cycle. Although it has now been debunked, those who believed in the theory were convinced that high-level members of the Democratic Party were involved in a child sex trafficking ring that was being operated under the guise of a pizzeria.

A man by the name of Edgar Welch became so convinced that the theory was true that he actually showed up to the pizzeria, military-style assault weapon in hand, and opened fire on the establishment. No one was hurt, thankfully, but it serves as an important reminder on what can happen when baseless theories are accepted as fact.