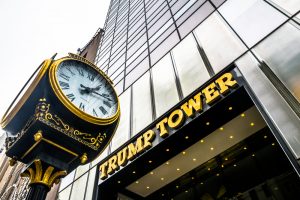 In recent months, as the buzz surrounding President Trump’s suspected criminality has grown louder and louder, the tenor of the conversation has changed dramatically. America is no longer talking about whether Donald Trump is guilty of any wrongdoing—that question is basically already answered. Instead, the question is how we’ll find out—or, more pointedly, who will flip on him.

We now have yet another possible answer to that question. Last Friday, NBC News reported that Allen Weisselberg, chief financial officer for the Trump Organization, has been granted immunity in a federal probe into the criminality of longtime Trump fixer Michael Cohen. Weisselberg is a key figure because he has long-running ties with Trump and his organization that go back decades, and he’s overseen not only Trump’s business operations, but his charity organization, the Trump Foundation, as well. Weisselberg knows a lot—and now that he has immunity from prosecution himself, it will be easier for him to spill the beans.

President Trump is now clearly panicked about people talking about him to law enforcement. In a recent Fox interview, the so-called “law and order” president insisted that figures like Cohen and Weisselberg shouldn’t be turning against him and sharing what they know with the government. 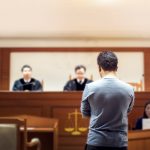 Prosecutors may grant immunity to a witness, shielding them from legal action in exchange for information about another individual who is being investigated for a more serious crime. Immunity can be used by both state and federal prosecutors, allowing them to secure witness statements or evidence derived from those statements.

President Trump is now clearly panicked about people talking about him to law enforcement. In a recent Fox interview, the so-called “law and order” president insisted that figures like Cohen and Weisselberg shouldn’t be turning against him and sharing what they know with the government.

“It’s called flipping, and it almost ought to be illegal,” the president said. “It’s not a fair thing.”

It’s not just Weisselberg, and it’s not just Cohen—the evidence against President Trump is piling up left and right. In the same week, former Trump campaign chief Paul Manafort was convicted of eight serious financial crimes. Meanwhile longtime Trump ally David Pecker, chairman of American Media Inc., was also granted immunity as part of the investigation into Cohen. Pecker has detailed knowledge of the hush money payments that Trump has handed out to cover up various extramarital affairs, and that information can be used against the president as well.

The more information about Trump’s wrongdoing continues to trickle out, it will be interesting to see how the conversation around Trump changes. We’ve already seen the president change his tone constantly over the Russia investigation, flip-flopping at will between arguments like “There was no collusion” and “Collusion isn’t a crime anyway.” How will he change up when confronted with evidence of numerous financial crimes? That’s what we’re about to find out. When you spend your whole professional life running away from the truth, it has a way of catching up with you sooner or later.