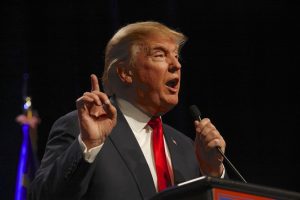 We’ve all become unfortunately familiar with the “alternative facts” and cries of “fake news!” coming from the White House. But many of us may not see the deeper problems with President Trump’s tantrum-laced tweets and bald-faced lies, and that is that the president is literally trying to rewrite history.

It can be hard to see this from the inside, with the tweetstorms from the White House and daily shenanigans by the president’s cabinet and staffers. However, what we can do is read voices from outside the country and find out what they’re thinking and saying. A July post by BBC North America Editor Jon Sopel has brought some of the president’s attempted rewrites of history to light, particularly regarding his actions in the U.K. and continental Europe.

“Let me start with something seemingly minor,” Sopel wrote. “I was listening to the president and Theresa May at their news conference… when Donald Trump, talking about Brexit, suddenly made the statement that he had predicted the result when he was at his golf course in Turnberry… the day before the EU referendum in June 2016.” 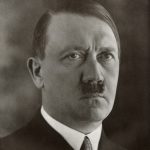 A big lie is a propaganda technique used by totalitarian leaders to distort the past and reframe the present. The phrase “big lie” was originally coined by German Nazi leader Adolf Hitler, who believed the technique had been used by Jews to blame Germany’s loss in World War I on nationalist and anti-Semitic political leader German general Erich Ludendorff.

Hitler wrote about the Big Lie in his autobiography, Mein Kampf, “In the big lie there is always a certain force of credibility; because the broad masses of a nation are always more easily corrupted in the deeper strata of their emotional nature… and thus, in the primitive simplicity of their minds they more readily fall victims to the big lie than the small lie, since they themselves often tell small lies in little matters but would be ashamed to resort to large-scale falsehoods.”

The trouble with the president’s statement is that he actually was not in the U.K. on June 22, the day before the referendum. He was there on June 24. Sopel then pointed out this factual error on Twitter.

Stephanie Grisham, President Trump’s press person at the time of his trip to Turnberry, shot back saying that the president actually was there June 23. Not to be outdone, Sopel replied, refusing to believe Grisham’s “two plus two make five” tweet.

Well can you explain his tweet on June 24, which says ‘just arrived in Scotland. Place is going wild over the vote. They took their country back, just like we will take America back?’ https://t.co/2dasQSxyXH

He then found the president’s actual tweet from June 24, 2016, proving that what he said was true:

Dear @StephGrisham45 – this is the tweet. This is the day after the Brexit referendum. Not the day before as @realDonaldTrump said. Are we agreed? pic.twitter.com/xpDrZzgLml

We’ll give President Trump the benefit of the doubt on this one. After all, everyone misremembers dates sometimes. But here’s something that does not deserve the benefit of the doubt at all: Although there’s undisputable video and audio evidence of the fact that at a press conference following the July 2018 Helsinki Summit, Russian President Vladimir Putin explicitly said he wanted Trump to win the 2016 election (something which was conveniently scrubbed from the official White House video of the press conference), President Trump tweeted:

I’m very concerned that Russia will be fighting very hard to have an impact on the upcoming Election. Based on the fact that no President has been tougher on Russia than me, they will be pushing very hard for the Democrats. They definitely don’t want Trump!

And now President Trump has decided that the White House will no longer provide information about when the president holds conversations with foreign leaders. The problem with this is that, once again, presidents have historically released summaries of those visits, which were often compared and contrasted with what, for example, the Kremlin might have to say about those conversations. Now, the media has no way to do that.

Just in case all this wasn’t concerning enough, when President Trump was speaking at a rally in Kansas City, he told the audience, “Just remember, what you are seeing and what you are reading is not what’s happening.” If that doesn’t speak volumes, we don’t know what does.

Ingsoc. The sacred principles of Ingsoc. Newspeak, doublethink, the mutability of the past…The past was dead, the future was unimaginable.

Leaving aside the fact that 1984 was dystopian fiction, not a how-to guide, perhaps President Trump is counting on the old aphorism espoused by Adolf Hitler in Mein Kampf: “It would never come into their heads to fabricate colossal untruths, and they would not believe that others would have the impudence to distort the truth so infamously.” Well, we’re watching—both from the inside and from the outside—and some of us refuse to believe the Big Lie.