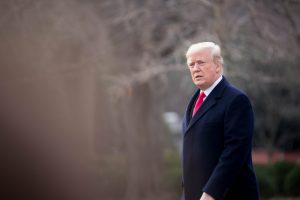 By now, there is clearly reason to suspect that President Trump has been involved in a range of criminal activities. It would be unprecedented to see this much smoke and never find fire. Far more likely, the situation is exactly what it appears to be: the president of the United States has had a hand in a number of high crimes and misdemeanors. And as even amateur constitutional scholars know, that’s exactly what it takes to bring a president before Congress for impeachment.

So why aren’t more Democrats talking about it?

The evidence against President Trump is really starting to pile up. The most significant bombshell to date came a week ago, when his former lawyer pleaded guilty to a series of financial crimes and implicated the president in the process. The moment Michael Cohen confessed that he committed a felony “in coordination and at the direction of a candidate for federal office,” the conversation changed. This brings us to a pivotal question: Does this prompt Democrats to finally start using the “I word?” 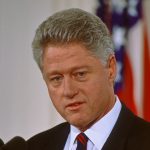 There’s a lot of confusion about what impeachment means. Impeaching a president is not the same thing as removing him from office. There’s a lot more to it. Impeachment begins when the House of Representatives votes on one or more articles of impeachment. If at least one article gets a majority vote, then the president is essentially indicted, and the proceedings move to the Senate. A trial then takes place in the Senate, with a team of House members (known as “managers”) serving as prosecutors and the chief justice of the Supreme Court overseeing. The Senate serves as the jury—if and only if two-thirds of senators find the president guilty, he is removed from office.

For now, it sounds like Dems are still divided on the issue.

“I expect that we will confront it,” North Carolina congressman David Price told the Raleigh News and Observer. “At a minimum, we’re going to confront the need to investigate a great many things.”

“We have an ongoing investigation that has been in place that is much more sweeping, that is much broader than simply the one thing that happened in New York court [last week],” Warren told CNN. “If you really want to look at what Donald Trump has done and what kind of responsibility he should have, let’s get that investigation finished as well.”

It’s important to note that impeaching a president is not like holding an ordinary criminal trial—it is instead a highly political process. But that process may in fact be the only way to hold Trump accountable for his crimes. It’s a well-known Department of Justice principle that a sitting president cannot be indicted; consensus holds that impeachment is the best recourse against a president accused of wrongdoing. This means that to take a serious shot at President Trump, the Dems would need to build up political support from both their own caucus in Congress and the American public.

Thus far, it’s unclear whether they’re willing to do that. House Minority Leader Nancy Pelosi has called impeachment a “divisive issue” that is “not the path the party should go on,” but critics of this idea have begun to get more vocal.

“The evidence continues to mount up,” said California hedge fund billionaire Tom Steyer, a major Democratic donor, in a video statement. “The question is when will Congress pay attention.”