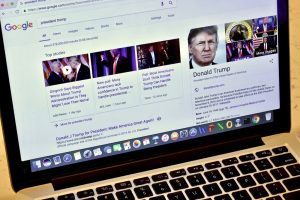 In his most recent attack on the tech sector, President Trump accused Google of suppressing conservative news outlets. On Aug. 28, the president posted a series of tweets in which he claimed:

“Google search results for ‘Trump News’ shows only the viewing/reporting of Fake News Media. In other words, they have it RIGGED, for me & others, so that almost all stories & news is BAD. Fake CNN is prominent. Republican/Conservative & Fair Media is shut out. Illegal? 96% of results on ‘Trump News’ are from National Left-Wing Media, very dangerous. Google & others are suppressing voices of Conservatives and hiding information and news that is good. They are controlling what we can & cannot see. This is a very serious situation-will be addressed!” 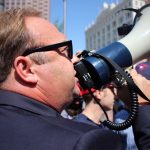 Last month, right-wing conspiracy theorist Alex Jones was banned from several social media outlets, including Apple, Facebook, YouTube, and Spotify. He was also briefly suspended from Twitter. Jones claimed that these companies were infringing on his First Amendment rights, but a brief look at the facts tells a different story.

Apple, Facebook, YouTube, and Spotify have hate speech policies that Jones was clearly violating. As far as Twitter goes, Jones was temporarily suspended because he had incited violence by encouraging his supporters to get their “battle rifles” ready for the media and other so-called enemies.

Shortly after the tweets went live, Google responded. The company’s full statement is as follows:

When users type queries into the Google Search bar, our goal is to make sure they receive the most relevant answers in a matter of seconds. Search is not used to set a political agenda and we don’t bias our results toward any political ideology. Every year, we issue hundreds of improvements to our algorithms to ensure they surface high-quality content in response to users’ queries. We continually work to improve Google Search and we never rank search results to manipulate political sentiment.

Time and time again, the president has demonstrated that his definition of “fake news” means “news I don’t like.” Unfortunately for President Trump, Google isn’t going to censor the press just to protect his ego.