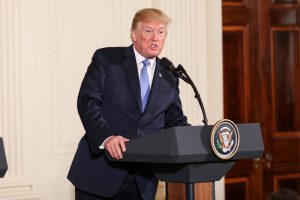 President Trump is fuming over a new book that is scheduled for release on Tuesday, September 11.

“Fear: Trump in the White House” is a 448-page book written by Pulitzer Prize winning journalist Bob Woodward. In this tell-all exclusive, Woodward describes an executive branch that is on the verge of a “nervous breakdown.”

Woodward also describes an “administrative coup d’etat,” in which Trump aides steal papers from the president’s desk so he can’t see or sign them—a move they believe is in the best interest of the country. The senior White House official who submitted the New York Times op-ed made similar claims. 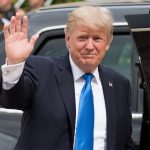 Donald J. Trump was elected President of the United States on November 8, 2016. He was sworn into office on January 20, 2017. If, theoretically, he was impeached, Vice President Mike Pence would succeed him.

Other highlights from the book include a dispute between Trump and John Dowd. Dowd, who was Trump’s personal attorney at the time, was convinced that the president would commit perjury if he talked to special counsel Robert Mueller. In an effort to prove his point, Dowd staged a mock session on Jan. 27.

During the practice session, Dowd grilled the president on anything and everything related to the Russia investigation. The president stumbled through his answers, contradicted himself multiple times, and was even caught lying.

“This thing’s a goddamn hoax,” the president declared before launching into a 30-minute rant. At the end of his tirade, the president concluded, “I don’t really want to testify.”

On March 5, Dowd and fellow Trump attorney Jay Sekulow met with special counsel Robert Mueller and his deputy, James Quarles, to explain why they had advised the president not to testify.

“I’m not going to sit there and let him look like an idiot,” Dowd said. “And you publish that transcript, because everything leaks in Washington, and the guys overseas are going to say, ‘I told you he was an idiot. I told you he was a goddamn dumbbell. What are we dealing with this idiot for?’”

“John, I understand,” Mueller responded, according to Woodward’s account.

Later that month, Dowd warned Trump not to testify.

“Don’t testify. It’s either that or end up in an orange jumpsuit.”

But the president, who was concerned about how it would look if he refused to testify, discounted Dowd’s advice.

“Mr. President, I’m afraid I just can’t help you,” Dowd said the day before he resigned.