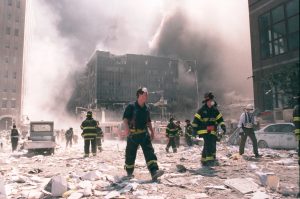 Newly obtained records show that Supreme Court Nominee Brett Kavanaugh sought to limit the amount of money 9/11 victims and their family members could receive from the federal government. According to the New York Daily News, Kavanaugh wanted to cap compensation at $500,000.

“I think it’s absurd for many reasons,” said 73-year-old Merrilly Noeth, who lost her son in the tragedy. “Whatever payment goes to people’s families should be largely dependent on the actual loss.”

“As a public servant on Sept. 11, 2001, Judge Kavanaugh confronted many difficult, at times unprecedented, legal issues in the aftermath of the worst terrorist attack on our soil.”

Civics Lesson: Appointment and Confirmation to the Supreme Court 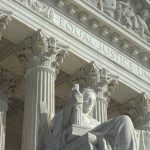 The President of the United States is tasked with nominating Supreme Court Justices, as outlined in Article Two of the Constitution. The Senate must then vote on whether to approve or deny the nominee. In Kavanaugh’s case, he will need 51 votes in order to be appointed to the Supreme Court.

But Kenneth Feinberg, who was appointed special master of the Victims Compensation Fund, did not impose any limits on the amount he could award to victims. According to the Daily News, his decisions were based on multiple factors, including “the economic loss suffered as a result of the victim’s premature death” as well as “pain and suffering.”

Sen. Chuck Schumer (D-NY) used the news to push for the release of more documents pertaining to Kavanaugh’s confirmation.

“This window into the thinking of Brett Kavanaugh days after the horrific 9/11 terror attack raises real questions about Judge Kavanaugh’s priorities and judgment, but it doesn’t tell us everything we are entitled to know,” said Schumer.

“Millions of pages just like these remain locked up and withheld from public view for no good reason. These documents prove we need his entire record, no matter how bad it looks.”