Hispanic U.S. Citizens Being Stripped of Their Passports 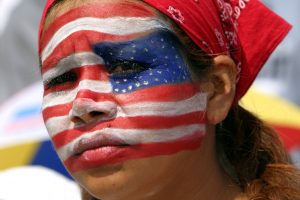 A startling new report has found that the Trump administration is stripping Hispanic Americans of their passports and calling their citizenship into question.

According to The Washington Post, an increasing number of individuals born near the Texas-Mexico border are being denied passports after being accused of using fraudulent birth certificates. Some of these individuals have even been sent to immigration detention centers and threatened with deportation; others have been barred from re-entering the U.S. after their passports were unexpectedly revoked.

In each case, the victim was of Hispanic descent, leading to accusations that the U.S. government is racially profiling its citizens. The State Department, however, has denied that claim. A representative told the Post that the Department “has not changed policy or practice regarding the adjudication of passport applications,” adding that “the U.S.-Mexico border region happens to be an area of the country where there has been a significant incidence of citizenship fraud.”

Civics Lesson: The History of ICE 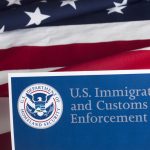 The U.S. Immigration and Customs Enforcement (ICE) agency was established in 2003 under the Department of Homeland Security. According to the ICE website, the agency’s primary mission is to “promote homeland security and public safety through the criminal and civil enforcement of federal laws governing border control, customs, trade and immigration.”

In a statement, the State Department said that applicants “who have birth certificates filed by a midwife or other birth attendant suspected of having engaged in fraudulent activities, as well as applicants who have both a U.S. and foreign birth certificate, are asked to provide additional documentation establishing they were born in the United States.”

The trouble is, many people in south Texas, from border towns to hundreds of miles from the Mexican border, use midwives to attend births because the cost of giving birth in hospitals is prohibitively high.

What kinds of documents is the State Department seeking? In the case of one man, who served in the U.S. Army for three years, they requested “a range of obscure documents—evidence of his mother’s prenatal care, his baptismal certificate, rental agreements from when he was a baby.”

One Texas man crossed the border from Mexico to Texas, and Customs and Border Protection agents told him to admit that he was born in Mexico, according to federal court documents. The man refused to do so and was sent to a detention center and entered into deportation proceedings.

Lawyers in the nearby area say that they’ve seen an influx of cases in which the government has detained innocent people. Jaime Diez, an attorney in Brownsville, Texas, has taken on several of these cases.

“I’ve had probably 20 people who have been sent to the detention center—U.S. citizens,” Diez claimed. “For a while, we had attorneys asking the same question: ‘Do you remember when you were born?’ I had to promise my clients that it wasn’t a trick question.”