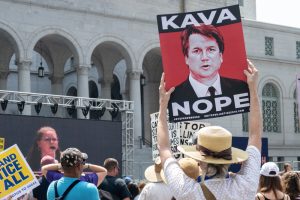 The Senate Judiciary Committee has decided to postpone its vote on SCOTUS nominee Brett Kavanaugh until next week. The new voting date is set for Thursday, Sept. 20, at 1:45 p.m.

As The Washington Post reports, the delay was expected, given how controversial Kavanaugh’s confirmation hearing proved to be. Not only did Democratic lawmakers accuse Republicans of withholding thousands of relevant documents, but they also accused them of trying to expedite the process.

“It has been rushed through to judgment in a highly partisan and failed way,” said Sen. Richard Blumenthal (D-CT).

Mere moments before today’s vote was supposed to take place, Sen. Dianne Feinstein (D-CA) announced that she had received new information on Kavanaugh that she has forwarded to the FBI. Feinstein did not elaborate on the specifics, but according to Newsweek, it pertains to sexual misconduct. 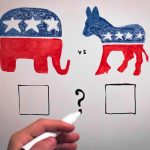 The U.S. Senate is comprised of 100 senators—two from each state. Of those 100, 51 are Republicans, 47 are Democrats, and two are Independents (both caucus with the Democrats).

But White House spokeswoman Kerri Kupec just isn’t buying it. In a statement, Kupec said that the discovery of new information was nothing more than a delay tactic.

“Throughout his confirmation process, Judge Kavanaugh has had 65 meetings with senators—including with Sen. Feinstein—sat through over 30 hours of testimony, addressed over 2,000 questions in a public setting and additional questions in a confidential session. Not until the eve of his confirmation has Sen. Feinstein or anyone raised the specter of new ‘information’ about him,” Kupec said.

“Sen. Schumer promised to ‘oppose Judge Kavanaugh’s nomination with everything I have,’ and it appears he is delivering with this 11th hour attempt to delay his confirmation,” she added.

Democrats hope that postponing the vote will give undecided politicians more time to review the materials and make up their minds. As it currently stands, it is unknown as to how Democratic moderates Joe Manchin (WV), Heidi Heitkamp (ND), and Joe Donnelly (IN) are going to vote. It is also unknown as to how Republican moderates Susan Collins (ME) and Lisa Murkowski (AK) are going to vote. As a result, these senators are under enormous pressure from both sides of the political aisle.