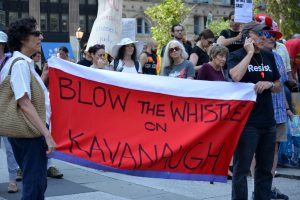 The identity of the woman who accused Supreme Court nominee Brett Kavanaugh of sexual assault has now been revealed. Her name is Christine Blasey Ford, and she’s a 51-year-old research psychologist who teaches at Palo Alto University in California.

Earlier this summer, Ford penned a confidential letter to a senior Democratic politician about an incident that occurred more than 30 years ago. In this letter, she claimed that Kavanaugh tried to rape her.

The alleged attack took place in the early 1980s, in suburban Maryland, when she and Kavanaugh were both high school students. Kavanaugh and a friend, who Ford described as “stumbling drunk,” corralled her into a bedroom during a house party in Montgomery County.

Civics Lesson: The Statute of Limitations 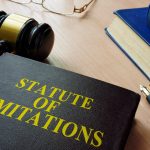 Ford claimed that Kavanaugh’s friend watched as he pinned her to the bed, groped her over her clothes, and attempted to undress her. He also allegedly covered her mouth, preventing her from screaming.

“I thought he might inadvertently kill me,” Ford said. “He was trying to attack me and remove my clothing.”

Before he could go any further, Kavanaugh’s friend and classmate, Mark Judge, jumped on top of them, causing all three to tumble. Ford then ran to the bathroom and locked herself in. She stayed there for about five to 10 minutes before fleeing the house.

Her husband, Russell Ford, says that she first told him about the incident during a 2012 couples therapy session. He doesn’t believe Kavanaugh should be allowed to serve on the nation’s highest court, even though the alleged assault happened more than three decades ago.

“I think you look to judges to be the arbiters of right and wrong,” said Russell Ford. “If they don’t have a moral code of their own to determine right from wrong, then that’s a problem. So I think it’s relevant. Supreme Court nominees should be held to a higher standard.”