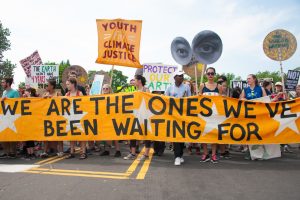 In a recent paper published in Science, researchers warned that, “Without major reductions in greenhouse gas emissions to the atmosphere, terrestrial ecosystems worldwide are at risk of major transformation.” In a follow-up interview with The Washington Post, the authors further expounded, “What we’re talking about here are the kinds of changes that disrupt everybody’s lives.”

After President Trump announced that the U.S. would be withdrawing from the Paris climate accord, many felt completely defeated. But as Yale Insights points out, there are still plenty of reasons to remain optimistic.

For starters, it’s worth noting that the U.S. hasn’t officially backed out of the Paris Agreement, and cannot do so for another two years. Even so, the world has already decided that it is going to move forward with sustainable solutions—with or without President Trump. 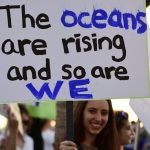 The Paris Agreement is a global pact to ease the strain on the environment by reducing carbon emissions and adopting eco-friendly policies. The U.S. is now the only country in the world to reject it.

Companies from all over the globe, for example, have pledged their allegiance to the Paris Agreement and have vowed to become more eco-friendly. According to Yale Insights, this includes more than a thousand U.S. businesses that are part of the “We Are Still In” coalition.

At the grassroots level, investors are demanding that companies not only be eco-friendly, but socially responsible as well. As a result, many multinational firms have introduced environmental, social, and governance (ESG) metrics that measure how well businesses perform across this spectrum.

In a way, climate change has brought entire industries, communities, and politicians together in a way that might never been possible before—a sign that there is hope after all.