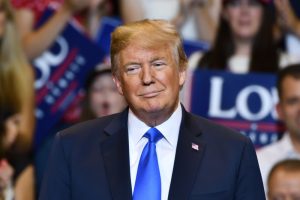 Last week, President Trump signed an executive order that authorized the U.S. to slap additional sanctions on any foreign entity caught meddling in America’s elections. But while it may look like the president is taking a hardline stance on election interference, officials say that it’s nothing more than an empty gesture.

“It is outrageous that it has taken 21 months for President Trump to begin to respond to the Kremlin’s interference in our democracy,” said Sen. Bob Menendez (D-NJ).

Timing aside, lawmakers say the main issue is that the order doesn’t actually punish anyone; rather, it merely determines what those punishments could theoretically be. As The Washington Post points out, the president is given ultimate discretion over whether to implement the most severe sanctions outlined. 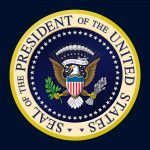 As defined by the American Bar Association, an executive order is a “signed, written, and published directive from the President of the United States that manages operations of the federal government.” Contrary to popular belief, an executive order is not the creation of a new law (a role reserved for Congress). Rather, it is the president directing the government on how to operate within the confines of the laws already established by Congress and the Constitution.

“An executive order that inevitably leaves the President broad discretion to decide whether to impose tough sanctions against those who attack our democracy is insufficient,” said Sen. Mark Warner (D-VA).

Perhaps most shocking is that some of the criticism has come from Trump’s own political party. In a Sept. 12 joint statement with Sen. Chris Van Hollen (D-MD), Sen. Marco Rubio (R-FL) said that the order “does not go far enough” to address election interference.

“Today’s announcement by the Administration recognizes the threat, but does not go far enough to address it. The United States can and must do more,” the Congressmen declared. “Mandatory sanctions on anyone who attacks our electoral systems serve as the best deterrent, which is the central tenet of the bipartisan DETER Act.”