Rod Rosenstein Expected to Be Fired 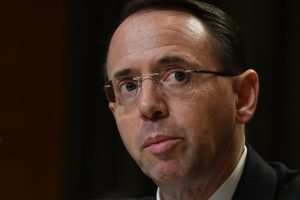 On Monday, Deputy Attorney General Rod Rosenstein made an unexpected trip to the White House, sparking rumors that he would be fired. But as NPR reports, Rosenstein’s career is still intact—for now.

According to White House Press Secretary Sarah Sanders, President Trump and Rosenstein “had an extended conversation to discuss the recent news stories.” They will continue this discussion in a follow-up meeting set for Thursday.

On Friday, The New York Times reported that Rosenstein secretly mused about recording the president and removing him from office by invoking the 25th Amendment. Rosenstein repudiated the Times report, calling it “inaccurate and factually incorrect.” 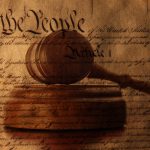 The 25th Amendment allows for the president’s removal if the majority of the cabinet together with the vice president deems him or her “unable to discharge the powers and duties” of the office. If the president opposes the finding, Congress can still remove the president from office with a two-thirds vote in both chambers.

“I never pursued or authorized recording the President and any suggestion that I have ever advocated for the removal of the President is absolutely false,” Rosenstein asserted.

If President Trump were to fire Rosenstein, would it be controversial? Certainly. But would it be unexpected? No. As Politico reported this past April, “Legal experts have long speculated that Trump would fire Rosenstein and replace him with an official more willing to dispose Mueller.”

That official would most likely be Solicitor General Noel Francisco. There are concerns that Francisco would not be able to remain impartial in his oversight of the Russia investigation, given that his former law firm, Jones Day, represented the Trump campaign.

Under normal circumstances, this would be considered a conflict of interest. However, Jones Day is one of the largest law firms in the world, and there’s no evidence that Francisco worked on any campaign-related matters.