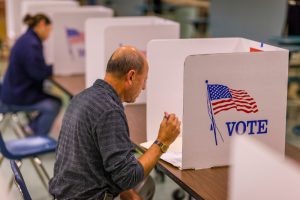 Despite today’s politically charged atmosphere, America’s voter turnout rate remains persistently low. According to The New York Times, less than half of eligible voters participated in the 2014 midterm elections.

Now, corporations across the nation are teaming up to address this problem. Nearly 150 businesses are active members of a coalition called Time to Vote—a nonpartisan initiative in which companies encourage their employees and customers to vote.

“For democracy to work, people have to vote,” said Chip Bergh, CEO of Levi Strauss & Co. “The greatest threat to democracy is apathy.” 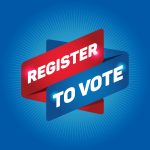 Every state except North Dakota requires citizens to register before they can vote. According to Unite2Vote.org, registering takes an average of two minutes or less.

Levi Strauss & Co. was one of first companies to join the initiative and even helped organize the campaign during its early stages. Other notable participants include Kind Snacks, Lyft, Patagonia, and Walmart.

“As an immigrant who does not take for granted what America gives us, I feel increasingly concerned about threats against liberal democracies around the world,” said Daniel Lubetzky, founder and CEO of Kind Snacks. “As citizens, our responsibility is to make sure that a representative government is preserved.”

Aaron Chatterji, a professor at Duke University’s Fuqua School of Business, believes that the initiative—which is supposed to be politically neutral—will ultimately be viewed as anti-Trump.

“Getting out the vote should be a nonpartisan issue,” Chatterji told The New York Times. “But in this day and age, it will inevitably be seen as political. So many of those companies have publicly tangled with the president on race issues, immigration, and climate change.”

Indeed, Patagonia founder Yvon Chouinard once threatened to sue the president. However, Patagonia’s CEO, Rose Marcario, maintains that the initiative is not intended to favor one political party over another.

“We’ve voiced disagreement on policy issues in Democratic and Republican administrations,” said Marcario. “This is about recognizing that a vibrant democracy relies on engaged citizens voting, and that business can play a vital role by removing barriers.”