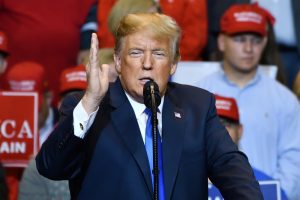 President Trump is at the center of yet another controversy after he unjustifiably accused China of meddling in the U.S. midterm elections.

“Regrettably, we found that China has been attempting to interfere in our upcoming 2018 election, coming up in November, against my administration,” Trump said during today’s U.N. Security Council meeting.

“They do not want me or us to win because I am the first president to ever challenge China on trade, and we are winning on trade—we are winning on every level,” the president added. “We don’t want them to meddle or interfere in our upcoming election.” 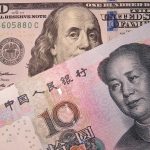 The U.S.-China trade war officially began on July 6, 2018, when China accused the U.S. of initiating “the biggest trade war in economic history.”

“China is forced to strike back to safeguard core national interests and the interests of its people,” the Commerce Ministry said in a prepared statement.

The problem is that the president did not cite any evidence to support his assertion. As recently as last month, his own national security advisers said that they had not found proof of midterm election meddling from any country except Russia. However, they did warn that it remained a possibility.

As The Washington Post reports, Trump’s accusation will likely anger Chinese leaders, who are already convinced that the Trump administration is trying to stifle their country’s economic growth. Both sides have engaged in an escalating trade war that has resulted in tariffs being placed on more than $250 billion worth of goods.

“All of the fools that are so focused on looking only at Russia should start also looking in another direction, China,” Trump tweeted this past August.