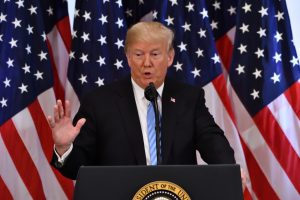 President Trump has directed the FBI to further investigate Supreme Court nominee Brett Kavanaugh, after several key Republican senators requested that he do so.

“I’ve ordered the FBI to conduct a supplemental investigation to update Judge Kavanaugh’s file,” the president stated. “As the Senate has requested, this update must be limited in scope and completed in less than one week.”

As of the writing of this article, three women have come forward to accuse the Supreme Court nominee of sexual misconduct. They are: Christine Blasey Ford, Deborah Ramirez, and Julie Swetnick. 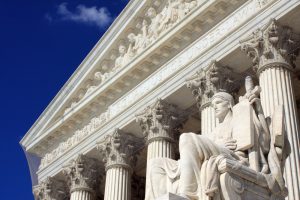 The President of the United States nominates individuals to serve on the Supreme Court. The Senate must then approve the nominee before he or she is officially given the title of Supreme Court Justice. It is a lifelong role, meaning that the only ways for a justice to leave the Supreme Court are death, resignation, retirement, or impeachment for misconduct.

Ford, a clinical professor at Palo Alto University, claims that Kavanaugh attacked her during a house party that took place 36 years ago. Yesterday, Ford gave compelling testimony in which she stated that Kavanaugh pinned her down, forcibly tried to remove her clothes, and put his hand over her mouth when she tried to scream.

The second accuser, Ramirez, claims that Kavanaugh exposed himself to her during a drunken dormitory party at Yale University. After exposing himself, Kavanaugh allegedly thrust his penis in her face, causing her to unwillingly touch it.

The third accuser, Swetnick, accused him of spiking women’s drinks at parties. She claims Kavanaugh and other male partygoers gang-raped the inebriated women.

“The supplemental FBI background investigation would be limited to current credible allegations against the nominee and must be completed no later than one week from today,” the Senate Judiciary Committee said in a statement.