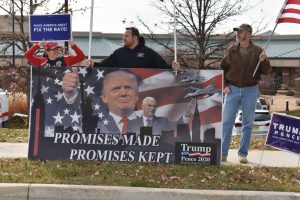 Last Friday, the Republican-controlled House of Representatives passed a bundle of bills known as “Tax Reform 2.0.” This proposal would count “unborn children” as beneficiaries under 529 education savings plans.

“It’s yet another attempt to slip something into the tax code to define personhood,” Rep. Diana DeGette (D-CO), co-chair of the Congressional Pro-Choice Caucus, told Rewire.News. “This is how extremist views creep into the mainstream. Provisions like this one should never become law—they can lead to limits on access to abortion and even birth control.”

Political analysts don’t expect the bill to pass the Senate, given how divided it currently is. With that being said, it’s still possible for the proposal to be taken up after the midterm elections. 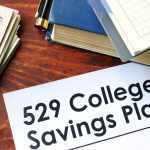 A 529 plan is a tax incentive program that is designed to encourage parents and/or guardians to save for future education costs. There are two types of 529 plans: prepaid tuition and education savings.

Prepaid tuition allows the account holder to purchase education credits ahead of time, which can protect against increased costs in the future. The downside is that these are usually state-sponsored and not guaranteed by the federal government. An education savings plan, on the other hand, allows the account holder to open an investment account that can be used at any institution, including those outside of the U.S. All 50 states offer at least one of the two plans.

“In addition to exploding our deficit and leaving hard-working American families behind, the GOP’s Tax Plan 2.0 advances a clear political agenda to limit access to safe, legal abortions,” said Rep. Gwen Moore (D-WI). “This personhood language undermines women’s rights and has absolutely no place in U.S. tax law. … Democrats must continue stand strong in opposition to these radical GOP policies designed exclusively to benefit the privileged at the expense of the vulnerable.”

Supporters of the measure say that it will allow expectant parents to get a head start on saving for their child’s college education. But current law already gives expectant parents this opportunity. All they would have to do is open a 529 plan and list themselves as the beneficiary, then transfer it to the child after birth.

“This may be the last action we see taken on this issue in 2018, as its unlikely those changes would get to the White House this year,” said Jon Traub, managing principal of the tax policy group at Deloitte. “The other two pieces of Tax Cuts 2.0—expanding retirement savings and incentives for innovation among start-ups—could find new life in a post-election Lame Duck session of Congress.”