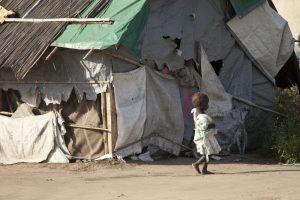 South Sudan: A malnourished child walks past the shack she and her family live in.
Photo by John Wollwerth / Shutterstock

Since taking office, President Trump has attempted to cut billions of dollars in foreign aid as part of his “America First” agenda.

Supporters have praised the idea, citing a host of domestic problems that need to be fixed before sending money abroad. But there’s a certain kind of privilege that comes with putting first world problems ahead of third world poverty.

In Africa’s Sahel region, for example, millions of people are currently suffering from a lack of food and water. To make matters worse, the Islamist militant group Boko Haram is terrorizing the area. Young boys are being recruited as foot soldiers and little girls are being forced into sex slavery.

Civics Lesson: How Much Does the U.S. Spend on Foreign Aid? 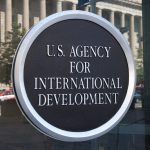 Surveys show that Americans vastly overestimate how much the U.S. spends on foreign aid. According to Oxfam, foreign aid accounts for less than one percent of the federal budget. Even if all foreign assistance funds were cut, this would not be enough to solve America’s economic woes.

Right now, the only thing keeping these people alive is the aid provided by relief organizations such as UNICEF and Mercy Corps. If the U.S. were to stop funding these organizations, millions of people would either die or be forced to join the ranks of Boko Haram.

As one of the richest countries in the world, the U.S. has a moral obligation to intervene in these types of situations. As José Graziano da Silva, director of the U.N. Food and Agriculture Organization, warned: ”There will be no sustainable peace if people continue to be left behind.”

Part of the issue is this idea that the U.S. cannot afford to provide foreign aid. But as journalist William Lambers points out, it’s not so much an issue of affordability as it is an issue of prioritization.

“The U.S. and the international community need to do more to help the world’s poor,” Lambers writes. “Instead of misplaced budget priorities focused on excessive military spending or building giant border walls, the focus should be more on foreign aid and development.”